Fresh off a stellar 2019 run where she gained a maiden Grand Slam berth in the US Open, Eala got off to an impressive start this year as she climbed up the rankings of the world juniors circuit and captured her maiden Grand Slam crown.

On Tuesday, February 4, Eala nailed a career-high No. 4 ranking in world juniors tennis.

Find out more about the country’s latest teen sensation:

1. She comes from a family of athletes The tennis star is no stranger to sports as both sides of her family are Philippine sports personalities. (WATCH: Alex Eala on the rise in PH tennis)

Her mother, Rizza Maniego-Eala, was a women’s 100m backstroke bronze medalist in the 1985 Southeast Asian Games.

Rizza’s sister is also a former national swimmer while her brother is a swimmer-turned-tennis-player for the University of the Philippines (UP) tennis varsity.

Alex has an older brother, Miko, who is also a budding tennis player at the Rafael Nadal Academy.

The 17-year-old Miko came close to qualifying for the main draw of the 2020 Australian Open juniors tournament, but fell short in the finals.

He also conquered the Hellenic Bank Masters Tennis Academy tournament in Cyprus last November and dedicated the win to his late grandfather Bobby Maniego, who introduced both Eala siblings to the sport.

Alex is also related to former sports commentator and PBA commissioner Noli Eala, who served as the pro basketball league’s commissioner from 2003-2005.

2. She is a Rafael Nadal Academy scholar After clinching a wildcard to the 2018 Roland Garros juniors tournament qualifiers, Alex attracted scouts from the Rafael Nadal Academy, which is run by the 11-time Grand Slam titlist himself.

The Fiipina teen netter eventually received a scholarship together with her brother Miko and has been studying at the American International School of Mallorca, which is located inside the academy, since September 2018.

Alex said the academy has given her the best environment to improve her tennis skills with a consistent training regimen and hitting partners who come from different parts of Europe.

“I think the Academy was a big help for me. My tennis has shot up a lot since I moved and I think my serve and my confidence has improved a lot,” she said.

With the help of her coaches in the academy, she will be able to prime herself for the high-level women’s tournaments which she’s looking to join by March.

3. She has qualified for two junior Grand Slams Alex first qualifed for the main draw of a Grand Slam in the 2019 US Open juniors by joining the qualifying tournament.

However, the Filipina only made it until the 2nd round as she lost to Australian Annerly Poulos in straight sets.

In 2020, Alex secured her second junior Grand Slam berth after gaining a wildcard slot to the Australian Open main draw when she opened the year at No. 9 in the world juniors circuit.

Alex had aimed to surpass her previous Grand Slam run and pulled it off when she reached the 3rd round of the singles tournament.

But despite the singles exit, her Australian Open campaign didn’t end there as Alex made history by capturing the doubles championship with long-time partner Priska Nugroho of Indonesia.

With  the victory, Alex clinched a career-high world No. 4 ranking in the juniors tennis circuit. 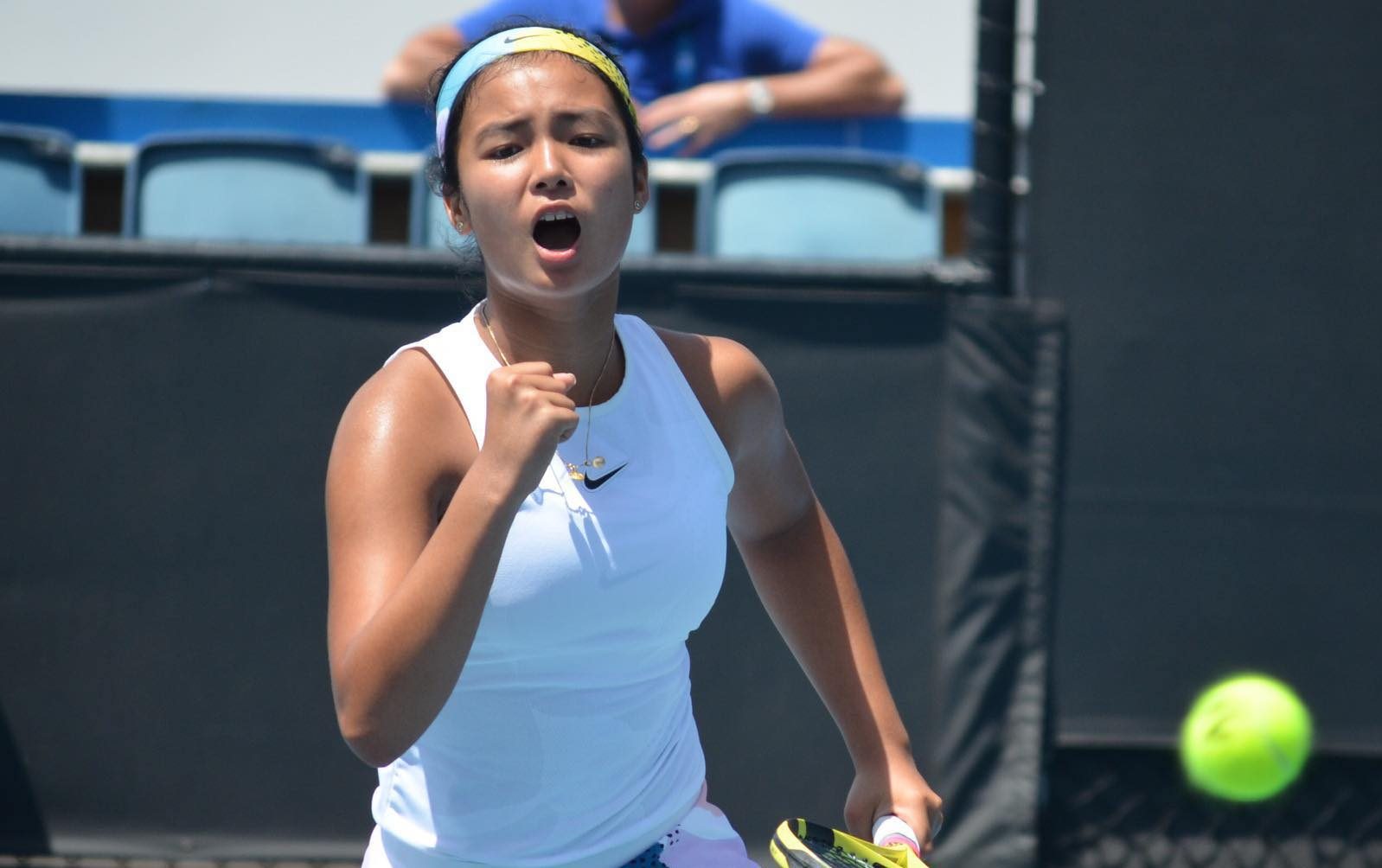 There was little expectation for the Eala-Nugroho tandem to go all the way in the 2020 Australian Open juniors doubles as they faced the top-ranked pair of Latvia’s Kamila Bartone and Czech Republic’s Linda Fruhvirtova in the semifinals.

But the Southeast Asian pair bounced back from an opening-set loss and rallied from a 7-1 deficit in the tiebreaker to nail a finals berth.

“I don’t know it was really a miracle,” said Eala of the tough semifinal match.

“Of course there was a point where the chances of the winning were very low but I kept the energy high and positive the whole time.”

Riding on the winning momentum, both Eala and Nugroho cruised through the finals against Slovenia’s Ziva Falkner and Britain’s Matilda Mutavdzic, which became the fastest finals match in the Aussie Open in 49 minutes. Alex shared that the Eala-Nugroho partnership for the Australian Open only started in Instagram.

“She just messaged me on Instagram and asked me to partner and since we’re really close and we have a history, so me and my team thought it was a good idea and it turned out to be a good idea,” said Eala.

Thankfully, Eala’s team from the Rafael Nadal Academy approved of the partnership and was astounded by the results as well.

It’s not the first time, though, that Eala and Nugroho teamed up in the world juniors circuit as the Southeast Asian duo also won the Doubles Team of the Year Award in 2017 and went on to cop 8 titles, including their latest Grand Slam conquest.  – Rappler.com