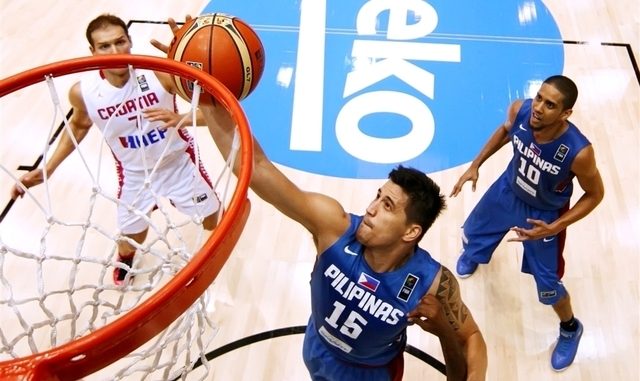 MANILA, Philippines – At 38, Marc Pingris’ best basketball years may already be behind him, but his experience makes him invaluable to Gilas Pilipinas.

National team program director Tab Baldwin said Pingris will serve as role model to his teammates in the hybrid 24-man pool, which consists of several young standouts new to playing in the international stage.

“[W]e have so many young players and one of the things young players need is leadership. We wanted to get the right kind of leader,” said Baldwin.

“It needs to be a culture of belief, dedication, and commitment. Ping is the best example I was ever around in my years with Gilas.”

When it comes to proudly donning the national colors and leaving it all on the hardcourt, Pingris immediately comes to mind.

Despite being an undersized forward at 6-foot-5, Pingris found ways to be of use to the national team, most notably in the 2013 FIBA Asia Championship where he played a key role in their silver-medal finish.

“His inclusion was really to bridge the former Gilas team that have been successful with this Gilas program and inject into it, I think, the spirit, the commitment, and the passion he has for the national team,” said Baldwin.

Learning from someone as dedicated as Pingris will benefit the younger players in the future, particularly for the 2023 FIBA World Cup, Baldwin said.

“[I] know, I absolutely know we can’t be successful no matter how much talent we roll out on this court in 4 years time if we don’t have a culture that embodies the people of the country. And who better than Ping?”

But make no mistake about it: Pingris is not just a token inclusion in the pool.

With the team losing Christian Standhardinger and Japeth Aguilar for the first window of the FIBA Asia Cup 2021 Qualifiers, there is a possibility Pingris will suit up for Gilas Pilipinas once again.

“Ping still has value as player. And when you saw all those big guys over at the sidelines injured, we’re going to need every bigger body that we could get to play as well,” Baldwin said. – Rappler.com