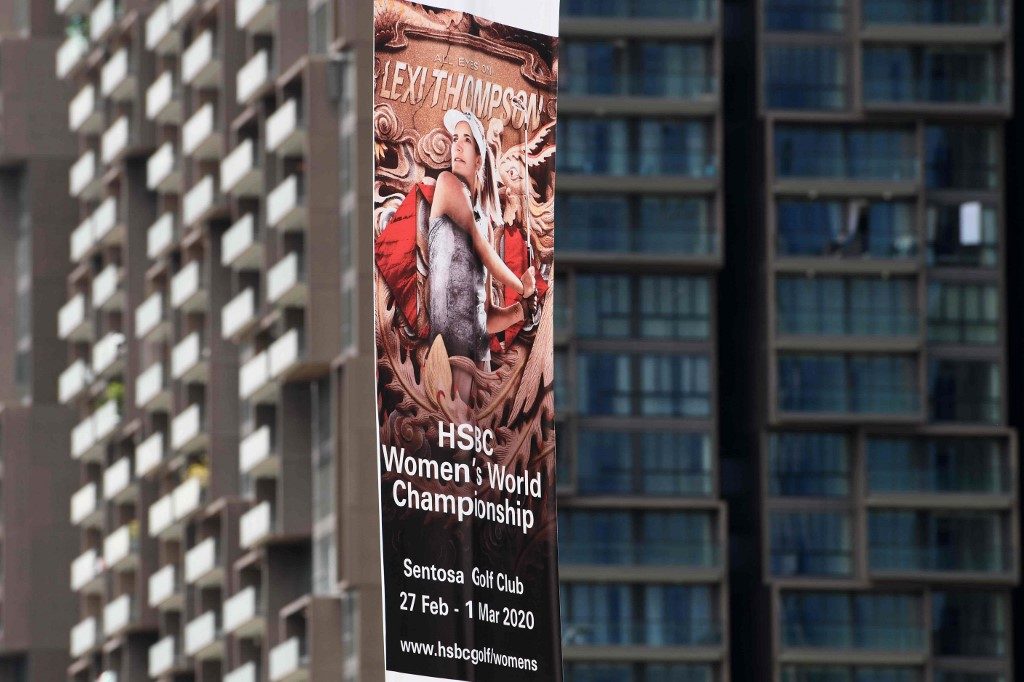 HONG KONG, China – The chaos in China’s sporting program, caused by the deadly noval coronavirus outbreak, which has already forced China to cancel or reschedule a host of events, is spreading into Asia’s sporting calendar.

Here is the latest rundown of Asian sporting spectacles affected by the outbreak:

This month’s HSBC Women’s World Championship in Singapore and the LPGA Thailand were cancelled Monday, February 10, meaning the US LPGA Tour has been forced to scrap all 3 of its lucrative early-season events in Asia after China’s Blue Bay tournament was canned 10 days ago.

The women’s Asia Pacific Amateur Championship in Thailand next week has also fallen, while the PGA Tour’s third-tier China series has been forced to move qualifying events to Indonesia and Thailand.

No decision has been made yet by the men’s European Tour as to whether its flagship China Open in April will go ahead in the city of Shenzhen. The Hong Kong Women’s Open, originally scheduled for next month, has been shifted to May.

China has suspended all domestic football and postponed indefinitely the top-flight Chinese Super League season, which was due to kick off on February 22.

The virus has had a big impact on Asia’s continental competitions, with 4 Chinese clubs’ home group matches in the AFC Champions League, which begins this week, being postponed until at least April and May.

No decision has been made yet on Asia’s World Cup qualifying matches next month.

China is due to host the Maldives on March 26 and play in Guam 5 days later. Fixtures involving Hong Kong and Taiwan could also be in doubt.

A women’s Olympic qualifying event between China, Taiwan, Thailand, and Australia scheduled for last week in Wuhan, the disease epicenter, was moved initially to Nanjing then to Sydney.

The China women’s football team was quarantined in a Brisbane hotel on Wednesday after arriving in Australia for the tournament but have been given the all-clear to play, and the delayed tournament will wrap up this week.

The World Indoor Championships, scheduled for Nanjing from March 13 to 15, was postponed for a year.

The Hong Kong Marathon, due to take place on Sunday, was cancelled.

The Chinese Formula E Grand Prix, due to take place in Sanya on the southern island of Hainan on March 21, was called off “after close consultation” with government authorities.

The Chinese Formula One Grand Prix in Shanghai on April 19 and the inaugural Vietnamese Grand Prix in Hanoi on April 5 are also at risk, with governing body FIA saying it is “monitoring the evolving situation.”

A qualification event for the 2020 Tokyo Olympics initially scheduled from February 3 to 14 in Wuhan was rescheduled for Amman in Jordan from March 3 to 11.

The Chinese Basketball Association has postponed the second half of its top-flight CBA League, which had been due to start on February 1.

The Tour of Hainan from February 23 to March 1 – a second-tier ProSeries race – was cancelled by the International Cycling Union, who said the event could be rescheduled later in 2020.

The Fed Cup Asia/Oceania Group I event between China, Taiwan, Indonesia, South Korea, and Uzbekistan in the southern city of Dongguan was postponed at the weekend and will now be played in Dubai from March 3 to 7.

This month’s men’s World Cup races in the Chinese resort of Yanqing, the first test events for the 2022 Beijing Winter Olympics, were cancelled and shifted to Saalbach-Hinterglemm in Austria on February 13 and 14.

The Chinese leg of the Diving World Series, scheduled for March 7 to 9 in Beijing, was cancelled.

The China Open in Beijing, set for March 30-April 5, has been cancelled.

The China Masters tournament from February 25 to March 1 has been shelved, the Badminton World Federation (BWF) announced after several players withdrew.

The BWF indicated that the Asia Championships in Wuhan from April 21 to 26 is likely to follow suit.

The Hong Kong Sevens, the showpiece of the World Rugby Sevens Series, is due to take place in the city bordering mainland China from April 3 to 5.

A cancellation would mean 2020 would be the first year since its inauguration in 1976 that the famous event, which played on during the deadly 2003 SARS outbreak, has not been played. – Rappler.com