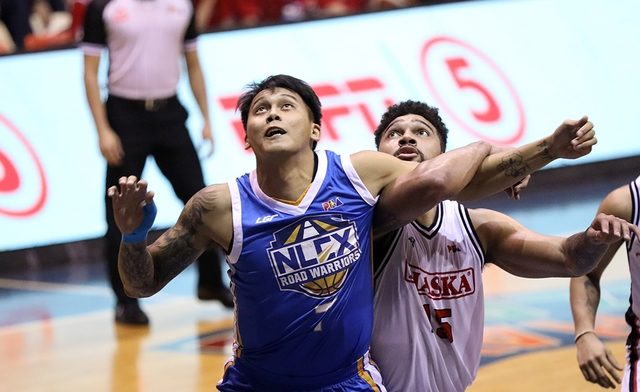 Facebook Twitter Copy URL
Copied
NLEX is expected to part ways with Poy Erram as he reunites with TNT, the team that drafted him in 2013

MANILA, Philippines – Poy Erram has seen his time with NLEX come to an end.

The lanky big man is expected to return to TNT after the proposal for a three-team trade involving NLEX and Blackwater was sent to the PBA office.

As first reported by Gerry Ramos of Spin.ph, the complicated deal will ship Erram and a future first-round pick from Blackwater to TNT.

“We thank Poy for his hard work, sacrifice, and dedication to our organization and wish him the best as he continues his career in the PBA,” said NLEX in a statement posted on its Instagram account.

THANK YOU POY. — A three-way player trade proposal has been submitted to the PBA involving the TNT KaTropa, Blackwater Elite, and Poy Erram of the NLEX Road Warriors. Our organization recognizes Poy's contributions towards our team's growth in 2019. Beyond basketball, Poy has also lent his time and efforts to the advocacies and community-building activities of NLEX Corporation, from representing the team at the 2019 Panagbenga Festival, to lunches with NLEX employees. We thank Poy for his hard work, sacrifice and dedication to our organization, and wish him the best as he continues his career in the PBA. As an organization, we continue to look towards the future and place the NLEX Road Warriors in a position for success in the PBA.

Erram will reunite with TNT, the team that drafted him as the No. 15 overall pick in 2013.

But he was eventually dealt to Blackwater the following year, although the trade proved beneficial to his development into becoming one of the best big men in the PBA and a part of Gilas Pilipinas.

With Blackwater, Erram transformed into a consistent double-double performer and even won the Defensive Player of the Year in 2018.

His improvement turned heads, with NLEX acquiring him in December 2018 in a three-team trade also involving TNT and Blackwater.

With Erram in the fold and Ray Parks agreeing to a one-year deal, TNT will try to make a push for a championship run in the Philippine Cup as it seeks to end a five-year title drought. – Rappler.com