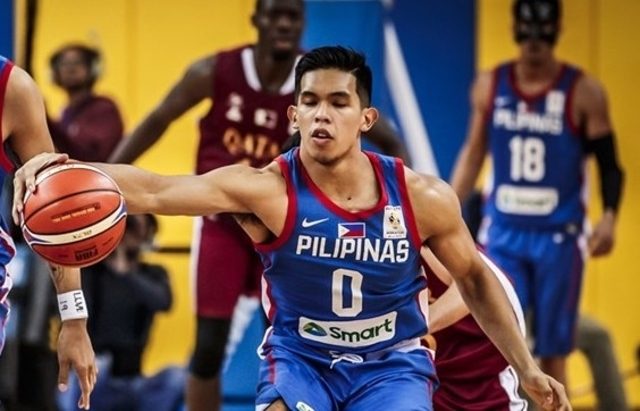 MANILA, Philippines – Thirdy Ravena knows it is not all just fun and games as he links up with older brother Kiefer for Gilas Pilipinas.

It will be the first time that the brothers will play together for the senior national team after they were both named in the 12-man lineup for the road game against Indonesia in the FIBA Asia Cup 2021 Qualifiers.

“I’m happy, but at the same time, it’s a big responsibility,” said Thirdy in a mix of Filipino and English when asked about his team-up with Kiefer.

“My brother is like my coach and my father because he teaches me on the court.”

The two last became teammates in 2014, back when Thirdy was still starting to carve out his niche for the Ateneo Blue Eagles while Kiefer was already flourishing in the UAAP.

Last year, Thirdy made the cut for Gilas Pilipinas’ lineup in the sixth window of the World Cup qualifiers, but he was not able to share the floor with his older brother since Kiefer was still suspended by FIBA.

It was just a matter of time, though, before they found themselves teaming up anew.

“I was shocked, but it’s a great honor, a great privilege to play for Gilas Pilipinas once again. It’s going to be fun,” Thirdy said.

“With the program they planned for us, [I] can’t wait to represent the Philippines once again,” he added.

The Philippines is a heavy favorite heading into the clash against Indonesia – a team it has beaten by big margins in past tournaments – on February 23, but Thirdy warned against complacency.

“[It’s] a big responsibility not just for me, but for everyone to do their part to make sure that we represent the country the best of our abilities.” – Rappler.com