Kiefer, Gilas Pilipinas out to stamp class vs Indonesia 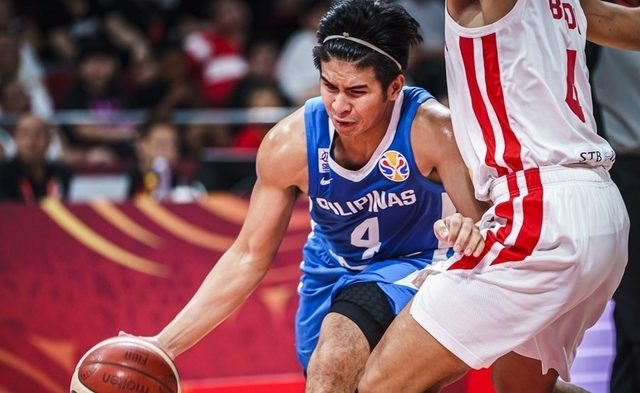 Facebook Twitter Copy URL
Copied
Gilas Pilipinas may be heavily favored against Indonesia, but Kiefer Ravena says there will be no letup for the young squad in the FIBA Asia Cup qualifiers

MANILA, Philippines – Kiefer Ravena and Gilas Pilipinas have set the bar high as they face Indonesia in the first window of the FIBA Asia Cup 2021 Qualifiers.

Ravena admitted he and the national team seek to pull off a dominant victory when they tangle with Indonesia – a country the Philippines has beaten by big margins – in a road game on Sunday, February 23.

“The most important thing for us is to play hard, play the best that we can,” Ravena said on Thursday, February 20, in mix of Filipino and English. “Maybe if we play hard, we can beat them by 30, 40 points.”

Blowout victories by Gilas Pilipinas have been a recurring theme every time it plays Indonesia in the world stage.

Last December, the Philippines handed Indonesia a 27-point beating in the 2019 SEA Games even with an all-Filipino lineup.

This bunch of new Gilas Pilipinas will try to continue that lopsided streak.

“People think that we may be overconfident for having that type of goal but you want to set the standards high, especially for the young ones,” said Ravena, who was named captain of the national team.

“Coach Tab (Baldwin) and coach Mark (Dickel) have always been saying that we want to build a culture here – a culture of playing hard and giving it our best. It may start by winning that way,” he added.

Ravena said an overwhelming triumph might help set the tone for their young team, a 12-man roster that includes 5 amateur players.

“To some of us, it’s their first time playing in FIBA windows so coming up with a victory against Indonesia in a dominating fashion, hopefully it can be a good start for the program,” he said.

Ravena, though, clarified a win is a win no matter what the score.

Gilas Pilipinas will have one more practice at home before flying to Indonesia on Friday, February 21. – Rappler.com