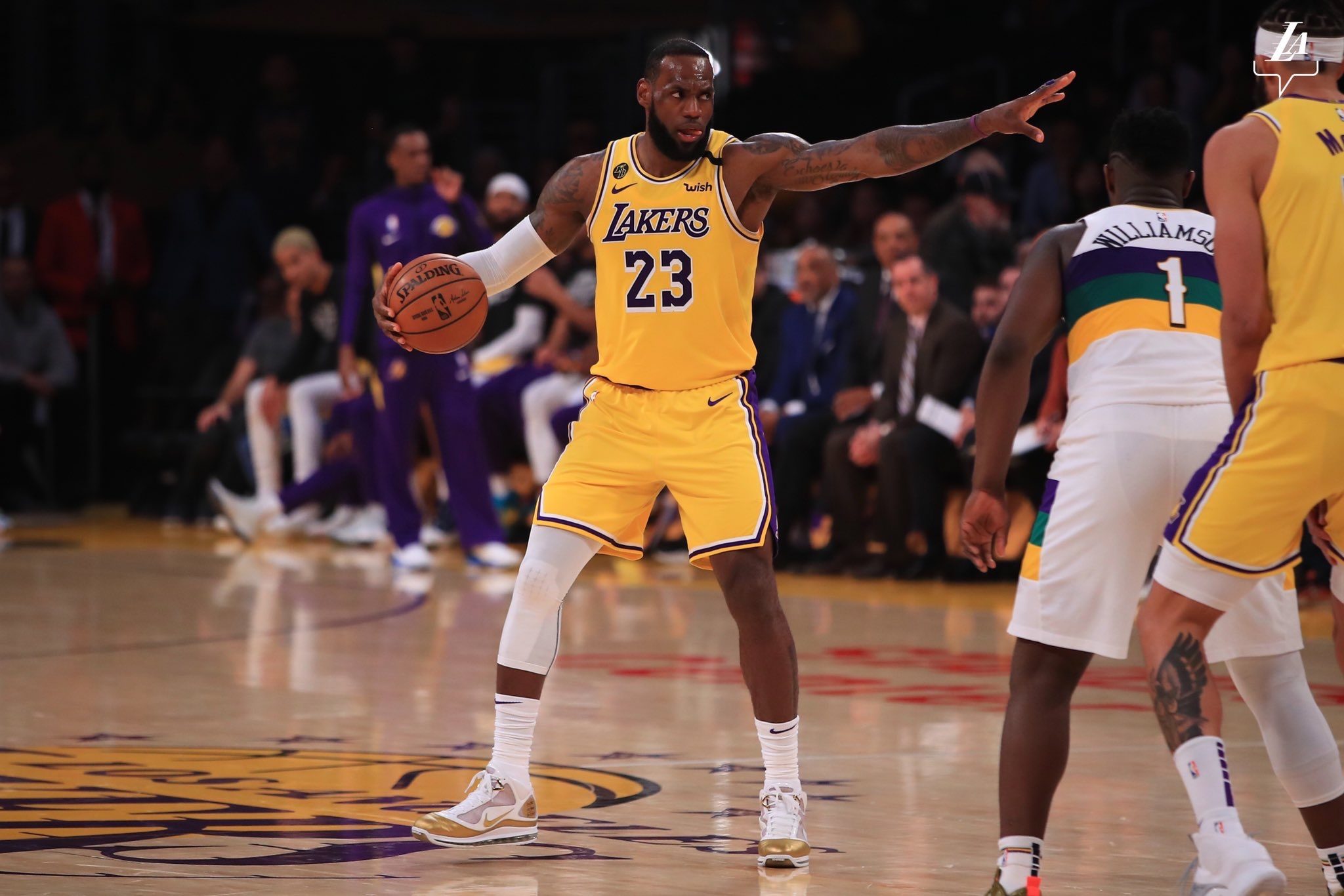 Facebook Twitter Copy URL
Copied
Just 24 hours after an emotional memorial service for Kobe Bryant, the Lakers get back to work with LeBron James erupting for a season-high 40 points

James, who earlier Tuesday said he was “emotionally a wreck” following Bryant’s death last month in a helicopter crash, scored a season-high 40 points in a 118-109 win over the New Orleans Pelicans at the Staples Center.

On Monday, the venue had hosted a star-studded memorial to Bryant as the Lakers and Los Angeles bade a wrenching farewell to one of the city’s most beloved sporting figures. (WATCH: World says goodbye to Kobe Bryant in LA memorial)

However, James and the Lakers swiftly got back into the winning groove on Tuesday in a free-flowing contest against a Pelicans side led by No. 1 Draft pick Williamson.

The hulking 19-year-old New Orleans star once again served notice of his talents with a 29-point display as the Pelicans pushed the Lakers all the way.

James admitted afterwards he had been impressed by Williamson’s performance after a Lakers win which extended their lead at the top of the Western Conference.

“Every game is going to be an opportunity for him to get better and a learning experience for him,” James said of Williamson.

“But the kid is special man. They got a good one in him,” added James, who also had 8 rebounds, 6 assists and 7 turnovers in his 34 minutes on court.

The Denver Nuggets are five games behind the Lakers in second place in the Western standings after cruising past the Detroit Pistons 115-98 on Tuesday.

LeBron James after scoring a season-high 40 points: “To be out there with my guys and be able to get a win, that’s always the greatest satisfaction I can have.” pic.twitter.com/OsBCzsZ3t8