Mar 3, 2020 7:58 PM PHT
Naveen Ganglani
Facebook Twitter Copy URL
Copied
'I’m interested because of the passion the Philippines, its players, and fans have for the great sport of basketball,' says Chris Daleo 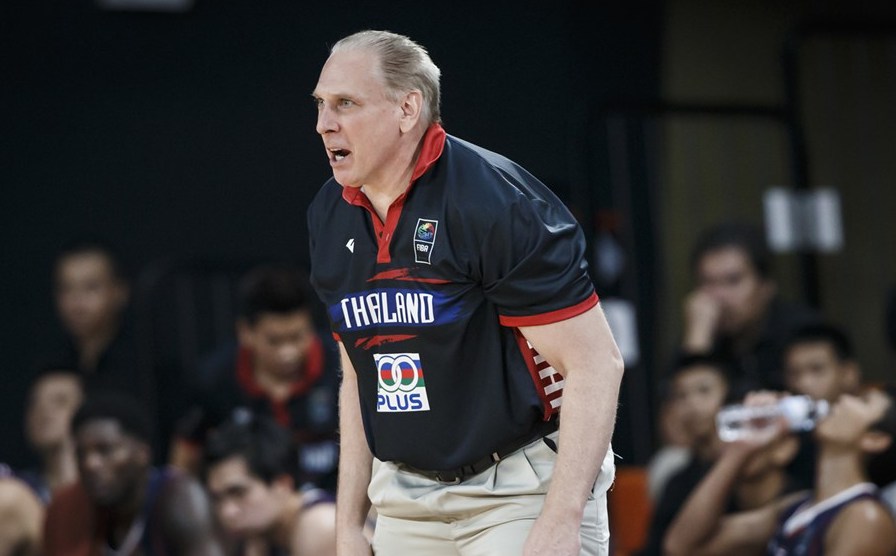 MANILA, Philippines –  Veteran head coach Chris Daleo, who has enjoyed recent success in the Thailand basketball scene, expressed his desire to apply for the head coaching position of the Philippine men’s national team on Tuesday, March 3.

Speaking with Rappler in an exclusive interview, the American Daleo revealed his keen interest to become the next head coach of Gilas.

“I’m interested because of the passion the [Philippines], its players, and fans have for the great sport of basketball and the great desire and expectation to be champions,” he said.

He became the head tactician of Hi-Tech Bangkok City in the Thailand Basketball League back in 2017, and has won multiple championships with the team by dominant fashion since.

In June 2019, Daleo was named the head coach of Thailand’s national team, and subsequently led the basketball program to an impressive silver-medal finish in the Southeast Asian (SEA) Games. In their first performance for the 2021 FIBA Asia Cup qualifiers, Thailand showcased a respectable performance against higher-ranked Korea before falling short.

Daleo, who claims he’s never had a losing season, says his goal for Gilas, if awarded the coaching position, will be all about “winning championships.”

“That’s what drives every coach and every team. You want to be known as a winner and for the product you produce on the basketball court as a winning product. That’s how you are judged and what you strive to achieve every day: winning games, developing players, and bringing championships home.”

The Gilas head coaching position is currently held in an interim basis by Mark Dickel, who is also an active consultant for TNT in the PBA (Philippine Basketball Association). Dickel was Gilas’ main shot-caller when they routed Indonesia, 100-70, in the first window of the Asia Cup qualifiers.

Prior to his appointment, the Philippines was coached to a gold-medal finish in the 2019 SEA Games by multi-title PBA head coach, Tim Cone.

With both Dickel and Cone (Barangay Ginebra) playing active roles with their respective PBA franchises, and with the next season of the basketball league scheduled to commence in March, Samahang Basketbol ng Pilipinas (SBP) president Al Panlilio has made it a priority to find a full-time head coach for Gilas “ASAP”.

The SBP already has a handful of candidates in mind, and Dickel aspires to be one of them.

“A winning coach’s philosophy must change based on the players in hand. Every coach always talks about defense or playing up-tempo, but that’s just fake news. Coaches must adapt and change to what players can and can’t do: playing to one’s strengths and yet working on their weaknesses,” Daleo answered, when asked what type of system he’d bring to Gilas.

“And then putting that all together to win games,” he added.

Daleo reveals he isn’t currently bound to a contract with the Thai national team, as both sides usually agree to terms on an “event by event” basis.

From what the 55-year-old head coach has seen thus far, the thought of coaching the Philippines gives him a unique type of excitement.

“Great players with a strong passion to win and to proudly represent their country,” he said about the Philippines’ top basketball standouts.

“It is a great atmosphere where everyone is together with one goal, and that is to win games.  That passion and the desire to be a part of that culture is very appealing.”

For the 2nd window of the Asia Cup qualifiers, the Philippines is scheduled to take on Korea and Thailand in November. – Rappler.com