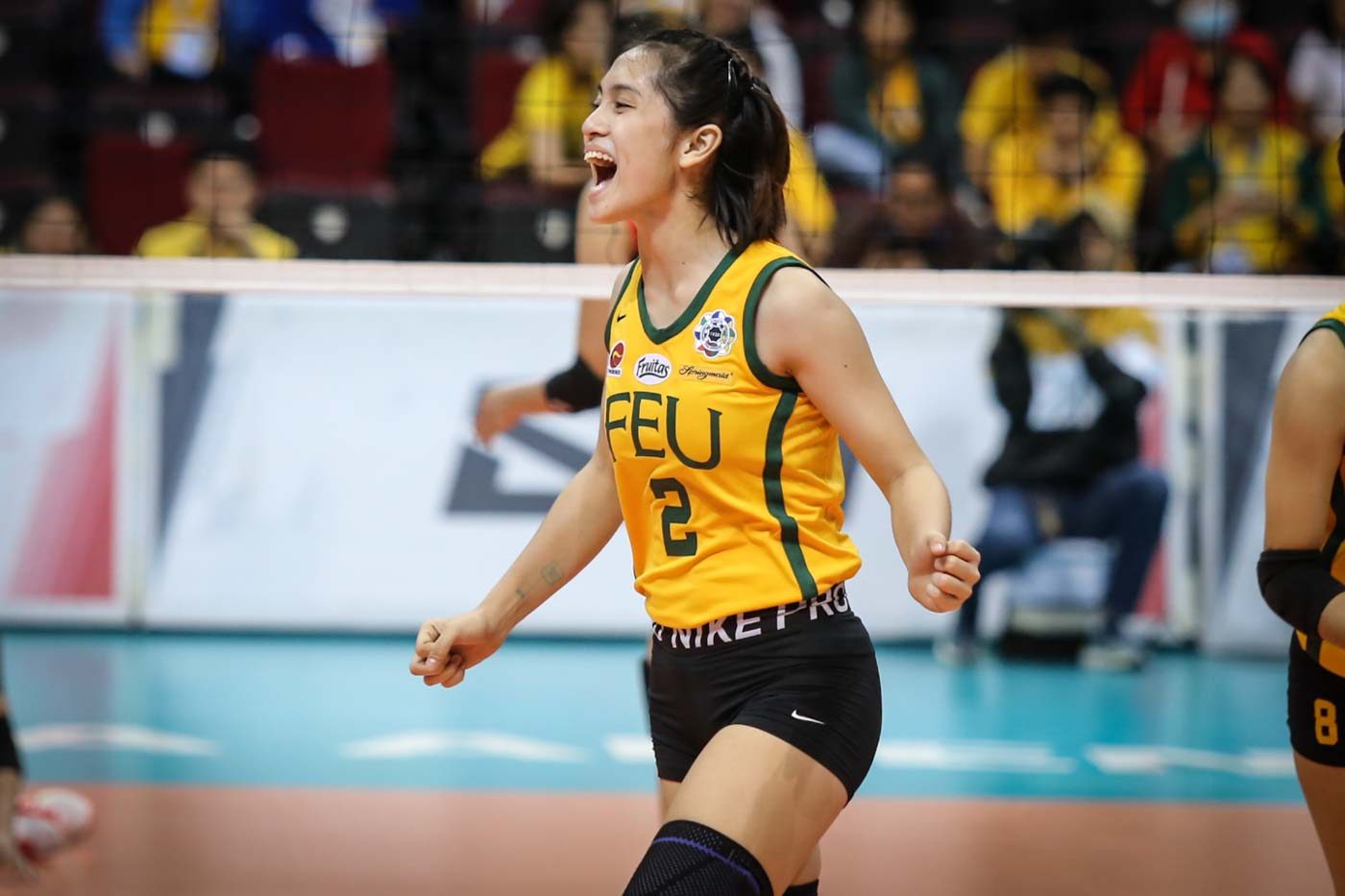 MANILA, Philippines – The FEU Lady Tamaraws were among the favorites in the UAAP Season 81 women’s volleyball tournament.

However, that is already common knowledge to everyone as the Morayta-based spikers have always been perennial contenders thanks to their battle-tested system.

While in the midst of that good run, Lycha Ebon was forced to just watch from the sidelines as she suffered an ACL tear last April 2019.

It took nearly a year for the now-sophomore spiker to return, but it was all good in the end as FEU dominated the UE Lady Red Warriors in her first game back in the UAAP on Tuesday, March 3.

(Of course, I’m happy. I’m also excited because I get to help my sisters again on the court. Last year, I wasn’t able to finish the UAAP season, but now, here I am, given a chance by coach to prove myself. That’s why I’ll give my best.)

And give her best she did, as she finished the game with 9 points, 6 attacks, and 3 aces in FEU’s balanced scoring attack, along with 11 markers from Jeanette Villareal and 10 from Ivana Agudo.

Although she admitted she was just getting her bearings back in the game, she also said that she just leaned on her teammates to get the job done.

(I think there is still a bit of fear left regarding the injury, but I won’t be swayed by that. Like what Ate Gel said, we should just follow coach’s instructions and we’ll win.)

Ebon and the rest of the Lady Tamaraws will next face a bigger test as they face the Season 81 runners-up UST Golden Tigresses on Sunday, March 8, at the Mall of Asia Arena. – Rappler.com