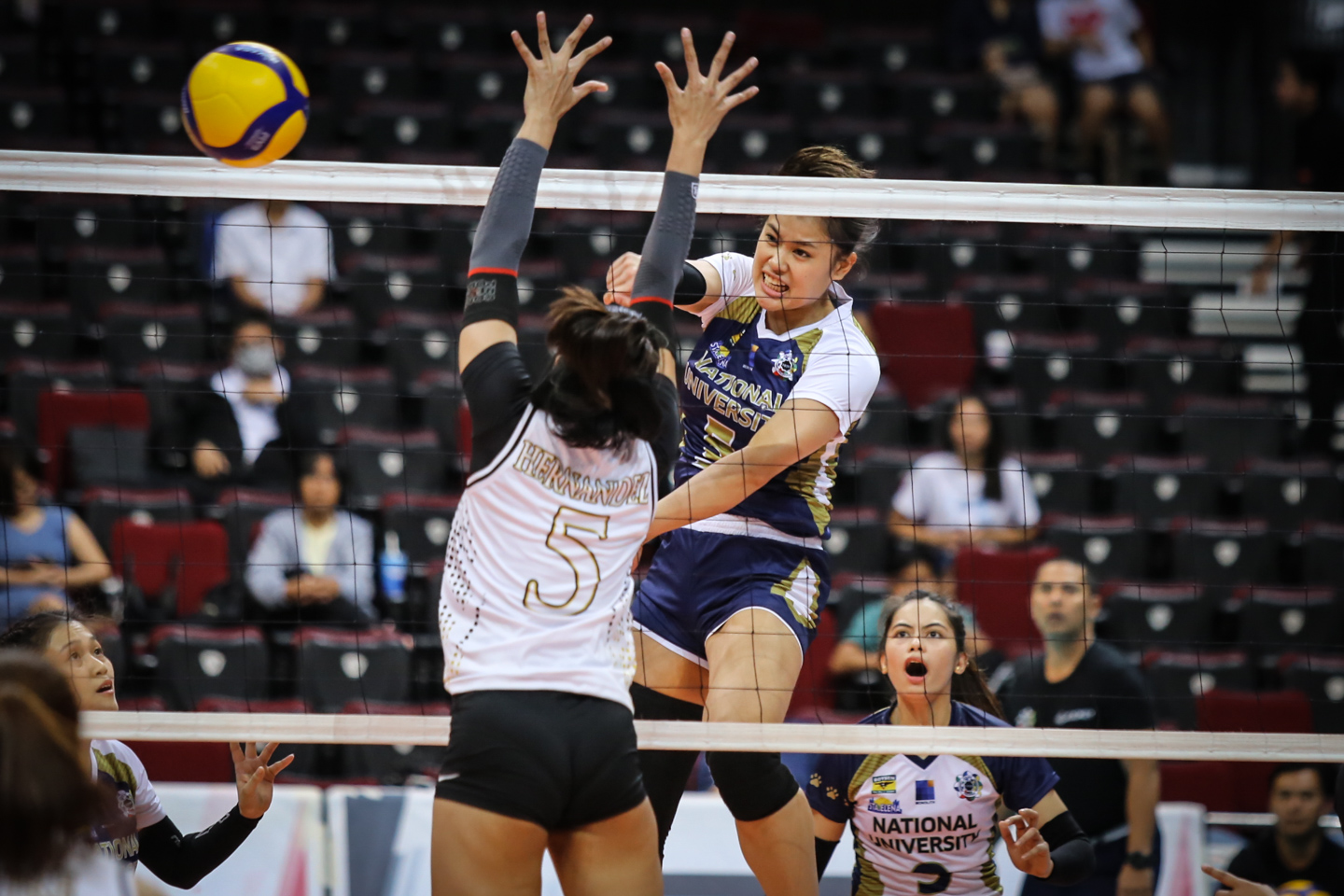 MANILA, Philippines – In a game all about long-awaited returns, Risa Sato made sure it’s her comeback story that would have a happy ending.

Margot Mutshima led the Lady Bulldogs in the upset win with 23 points while Ivy Lacsina and Sato added 19 and 17 markers, respectively.

Season 81 Rookie of the Year Eya Laure paced UST in the loss with 20 points off 19 attacks while rookie Imee Hernandez added 19 markers in an impressive debut.

The game also marked the comeback of EJ Laure, the older sister of Eya who skipped the last two seasons.

Although NU started off strong in the 4th frame, the Tigresses roared back with a 13-11 lead off an 8-1 run. Still, the Lady Bulldogs stayed composed and forced a decider, 25-20, off the strong play of Sato and Margot Mutshima.

NU then controlled the final frame until match point, 14-11, before rookie Imee Hernandez inched UST within a point, 13-14.

However, Ivy Lacsina capped off a strong late-game effort with a closing spike through the UST defense. – Rappler.com