UP pulls off upset over Ateneo in UAAP Season 82 opener

Mar 4, 2020 6:46 PM PHT
Rappler.com
Facebook Twitter Copy URL
Copied
After only tallying one win last season, the UP Fighting Maroons get off to a blazing start over Ateneo 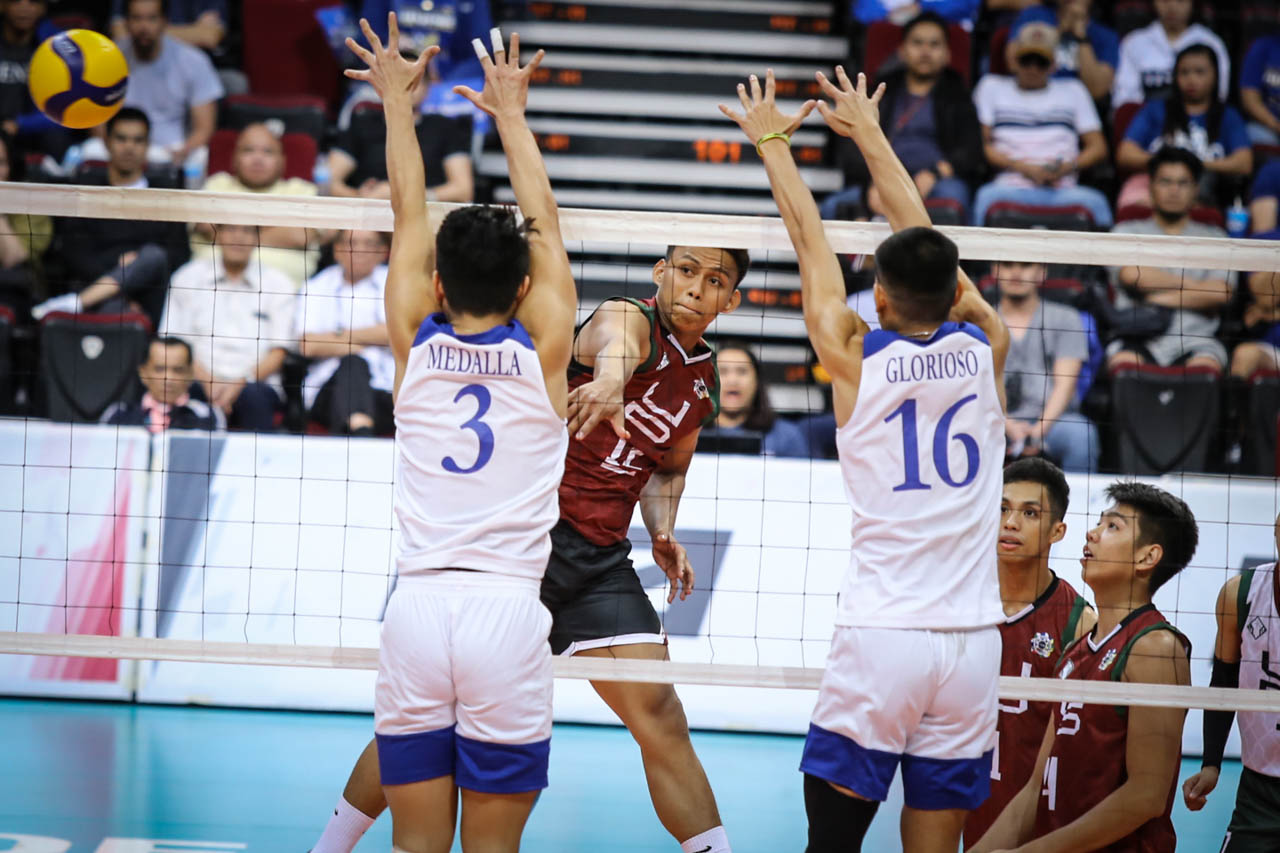 MANILA, Philippines – Last season’s cellar-dwellers University of the Philippines (UP) Fighting Maroons pulled off a massive upset over the Ateneo Blue Eagles in straight sets, 25-21, 25-20, 25-22, on Wednesday, March 4, at the SM Mall of Asia Arena.

Facing off against last season’s 2nd runner-up, the Fighting Maroons drew strength and confidence from Louis Gamban. The rookie from Perpetual rained down 10 points, a bulk of which coming at the critical juncture of the match.

Trailing by a slim 20-21 margin in the decisive 3rd frame, Gamban showed out with a lot of flare. He pummeled 4 consecutive hits, lifting UP at match point, 24-21.

Nicolo Consuelo momentarily halted the surge with a mishit, before Ruskin Ijiran iced the game for good.

(Our goal is to have a good season. We were challenged because we anticipated Ateneo and the pressure was immediately there.)

John Lomibao led UP with 11 points, anchoring the Fighting Maroons in the early stretches of the match. Joshua Castillo and captain Mac Millete provided ample support with 9 and 8 markers, respectively.

The last time UP won a match against Ateneo was back in Season 76 in a first round encounter that ended in 4 sets.

Having ended a long drought against a team that paraded the likes of Marck Espejo and Tony Koyfman in recent seasons, Ricafort feels relieved. But he said that such a dreadful past is not enough to weigh down the Fighting Maroons.

(I don’t think about our losing history, as long as we’re mentally and physically ready for all our opponents)

Chumason Njigha had his game-high output of 12 points go for naught. Gian Glorioso and Kurt Aguilar managed 11 and 9 markers, respectively, in a losing cause.

UP seeks to build from this upset win when it faces University of the East. Meanwhile, Ateneo eyes a breakthrough at the expense of De La Salle University. Both matches will be held on Saturday, March 7 at the same venue. – Rappler.com