Tolentino, Nisperos-led Ateneo blasts UP in Battle of Katipunan 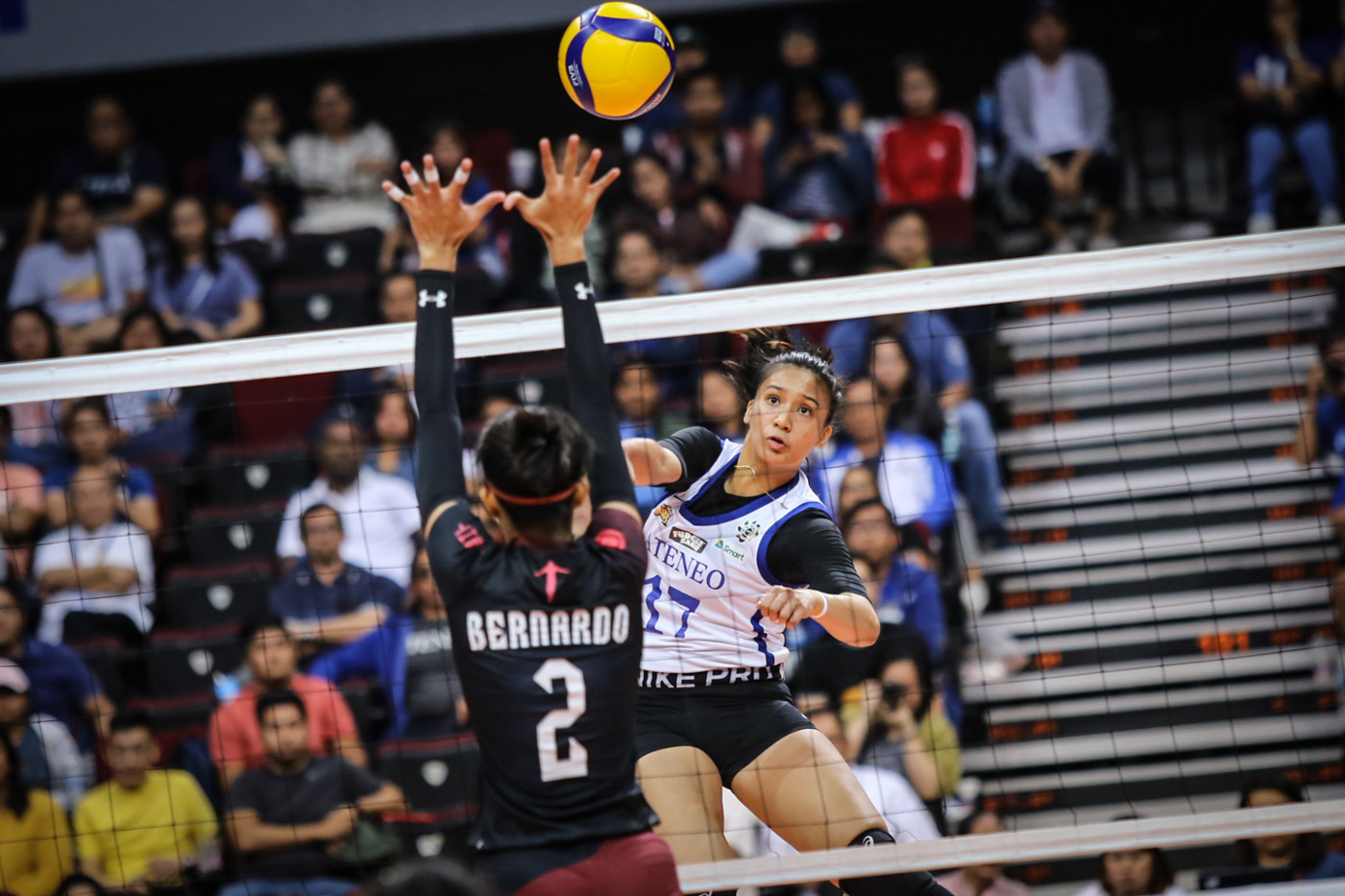 MANILA, Philippines – Kat Tolentino’s unexpected return to the Ateneo Lady Eagles is quickly proving to be the biggest move of the new UAAP Season 82.

In a one-sided Battle of Katipunan in women’s volleyball, the reigning champions made quick work of the UP Fighting Maroons in a three-set blitz, 25-13, 25-17, 25-23, at the Mall of Asia Arena on Wednesday, March 4.

Tolentino led the way for the Lady Eagles with 15 points off 12 attacks and 3 blocks while super rookie Faith Nisperos added 9 markers, all off attacks.

“We’re so grateful and finally we had an opportunity to play again in the UAAP,” said Ateneo head coach Oliver Almadro. “Thankful also that the Lord gave us this first win.

“It’s a big thing for us to win the first game of the season, but we will not stop here, one game will not determine our character. We’re just happy that we were able to play again and we won the first game.”

Meanwhile, the graduating duo of Tots Carlos and Isa Molde led the Maroons in the lopsided loss with 11 and 9 points, respectively.

After a quick tone-setting 25-13 opening frame in favor of the defending champion, UP got its bearings back and tied things up in the 2nd set, 14-all, after a 7-1 run capped by a Jessma Ramos block.

However, the contest quickly turned one-sided yet again as the level-headed Lady Eagles sped away with an 11-3 response off Samonte’s two-way play to claim the frame, 25-17.

It was still all Ateneo in the deciding 3rd set as they established a quick 11-4 lead and never looked back.

Although Molde inched her team all the way back to just one point, 18-19, off back-to-back aces, the Lady Eagles kept their grip on the lead for the eventual 25-23 finish.

The Lady Eagles now look to build on an impressive season debut as they next face heated rivals De La Salle Lady Spikers on Saturday, March 7, still at the Mall of Asia Arena. – Rappler.com