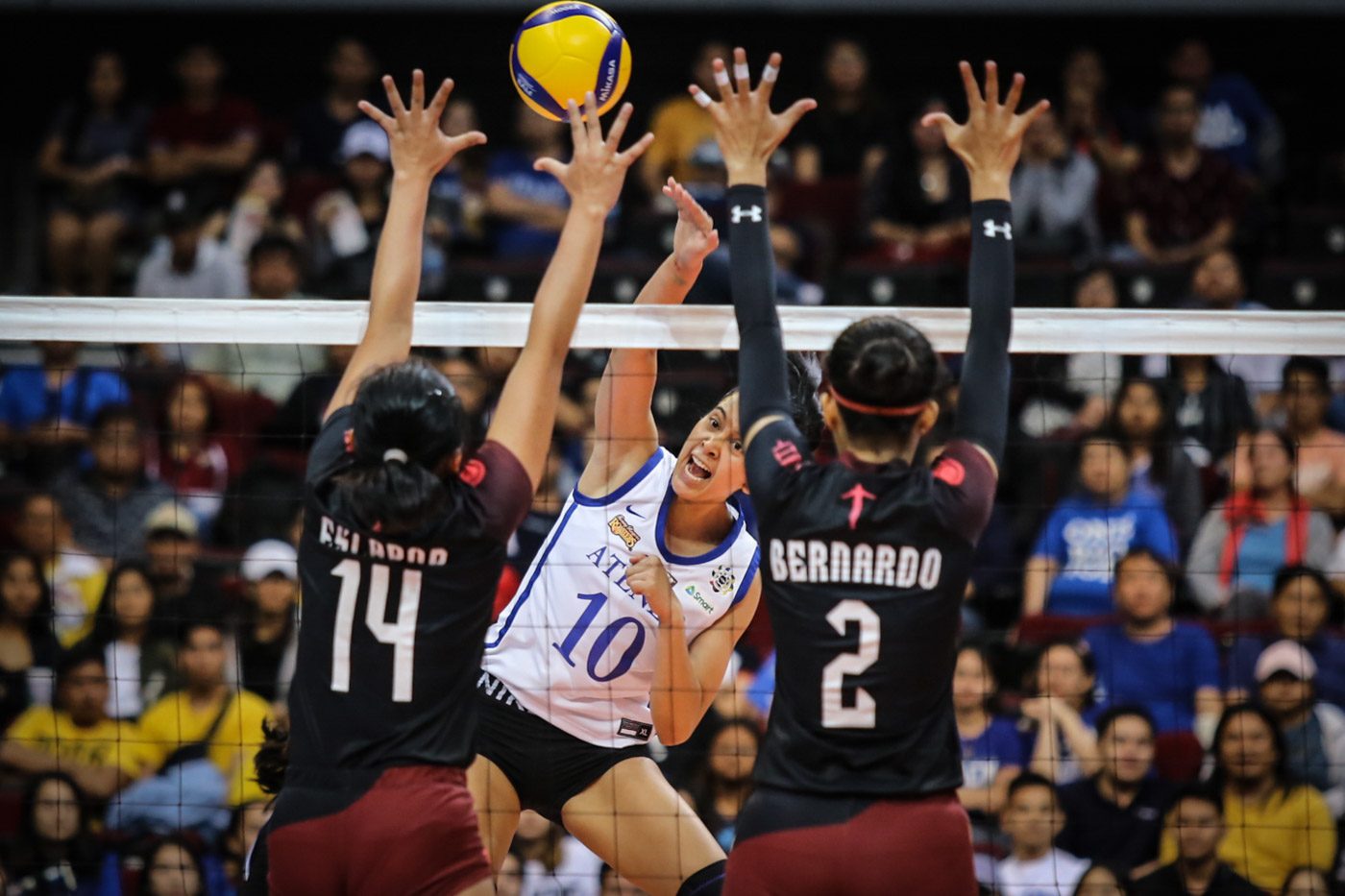 MANILA, Philippines – Along with Bea de Leon and Maddie Madayag, Kat Tolentino was among the Ateneo Lady Eagles’ super seniors who “signed off” after capturing the UAAP Season 81 women’s volleyball title.

However, to the surprise of many, the veteran hitter backtracked on her decision to move on to the next stage, suddenly giving the Lady Eagles a wanted veteran presence among their ranks for Season 82.

Tolentino knows all too well that her role on and off the court would expand with her return, as she explained after her team blasted the UP Fighting Maroons in a three-set blitz to start their title defense on Wednesday, March 4.  (READ: Tolentino, Nisperos-led Ateneo blasts UP in Battle of Katipunan)

“It’s definitely a different role. Last year, there were more seniors. I mean with Bea and Maddie, they were the ones who would take charge. At least now, I feel like I have a different role,” Tolentino said after leading the easy win with 13 points.

“It’s not just to contribute through my skill but also to my leadership. And I need to be able to control the pace of the game, help the rookies.”

“We have a young team but we also have a lot of players who came back. So finding a way to balance the whole team and finding what way works best is also my job.”

Although the Lady Eagles lost De Leon and Madayag, they are still a formidable team with the addition of super rookie Faith Nisperos and return of veteran Jho Maraguinot.

As Ateneo kicks off its title defense still as the early favorites, it’s up to Tolentino to make sure that winning tradition stays for the long run in her final year.

“I really believe that my role is to be a leader on the court. And I want to be able to practice my leadership skills just by the way I hold myself not just the way I play but also the way I motivate my teammates,” she said.

“That’s what my personal goal is right now — Just to be the player that the players around me can look up to and can rely on.” – Rappler.com