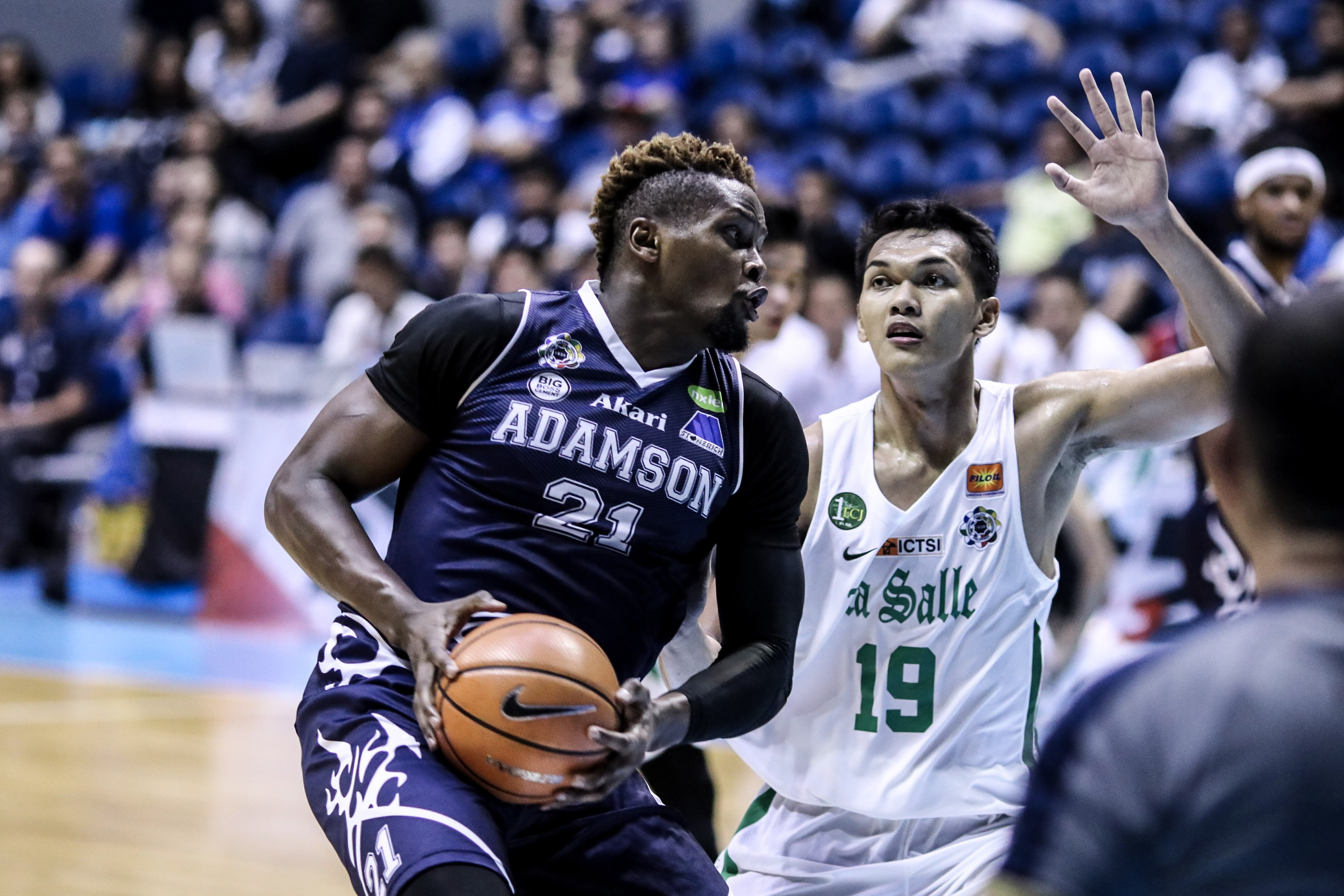 After news broke that the Cameroonian center was detained following a heated confrontation with Adamson’s athletic director Fr. Aldrin Suan, Sarr posted his apology on Facebook upon his release.

“I would like to apologize to you all for this unfortunate event. Those of you who know me personally know that it was not intentional,” he said in the post.

“It is never my intention to be disrespectful to the priests, to my team and to you all. Raising my voice due to emotion and throwing the letter that I received this morning was unsportsmanlike. Again, I’m sorry for the hurt my action has caused you.”

Per multiple reports, including the school’s official publication The Adamson Chronicle, an enraged Sarr assaulted Suan during a tune-up game Thursday morning after the latter gave the Cameoonian a letter of dismissal from the team following multiple infractions.

The dismissal letter was reported to have been issued after the school gave multiple warnings to Sarr involving missed team practices and curfews.

Prior to his dismissal, the 24-year-old had still been a part of the team even after head coach Franz Pumaren decided to field the younger Lenda Douanga for their UAAP Season 82 campaign.

Sarr still had one year of eligibility left before the incident.

Apart from continuing his studies in Adamson, Sarr is also handling the player agency formerly held by his former fiancee Sheryl Reyes, who passed away last year at the age of 39 due to cervical cancer. – Rappler.com