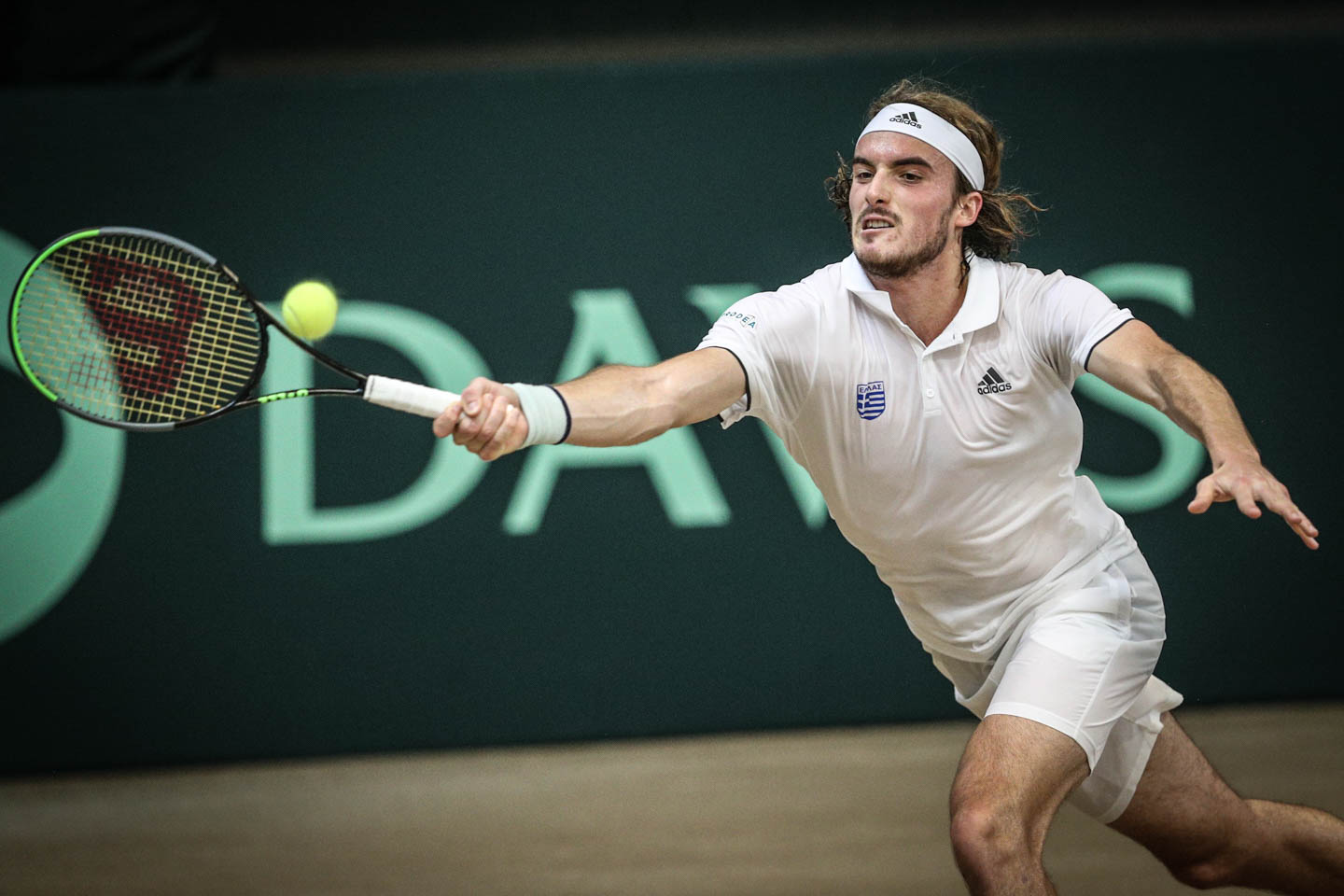 “Things worked out pretty well. I think I played okay, enough to get the win today,” said Tsitsipas. (FAST FACTS: Who is tennis star Stefanos Tsitsipas?)

“I’m very happy, pumped [to win over AJ]. Finally, I can say I’m really looking forward to playing him next time. My goal is to go all the way.”

Tsitsipas is slated to duel Jeson Patrombon in the reverse singles match on Saturday, March 7, but the lineup is subjected to change depending on the result of the doubles event which will start at 11am.

The World No. 6 got off to a stunning 4-0 start as Lim only managed 3 points off errors in that run.

Lim, though, gained momentum as he won his first game with his first winner over the Greek.

As Tsitsipas was a game away from taking the opening set, the University of the East (UE) standout denied him with another game before surrendering the match lead to the world-class visitor.

Losing the first set did not derail Lim from remaining focused on the match as he drew first blood in the 2nd set, 1-0.

However, the Filipino netter committed crucial errors that shifted the momentum back to Tsitsipas to close out the match with 6 straight games.

In the second singles, Stefanos’ younger brother Petros brought Greece to the brink of winning the tie with a 6-2, 6-1, win over Jeson Patrombon. – Rappler.com