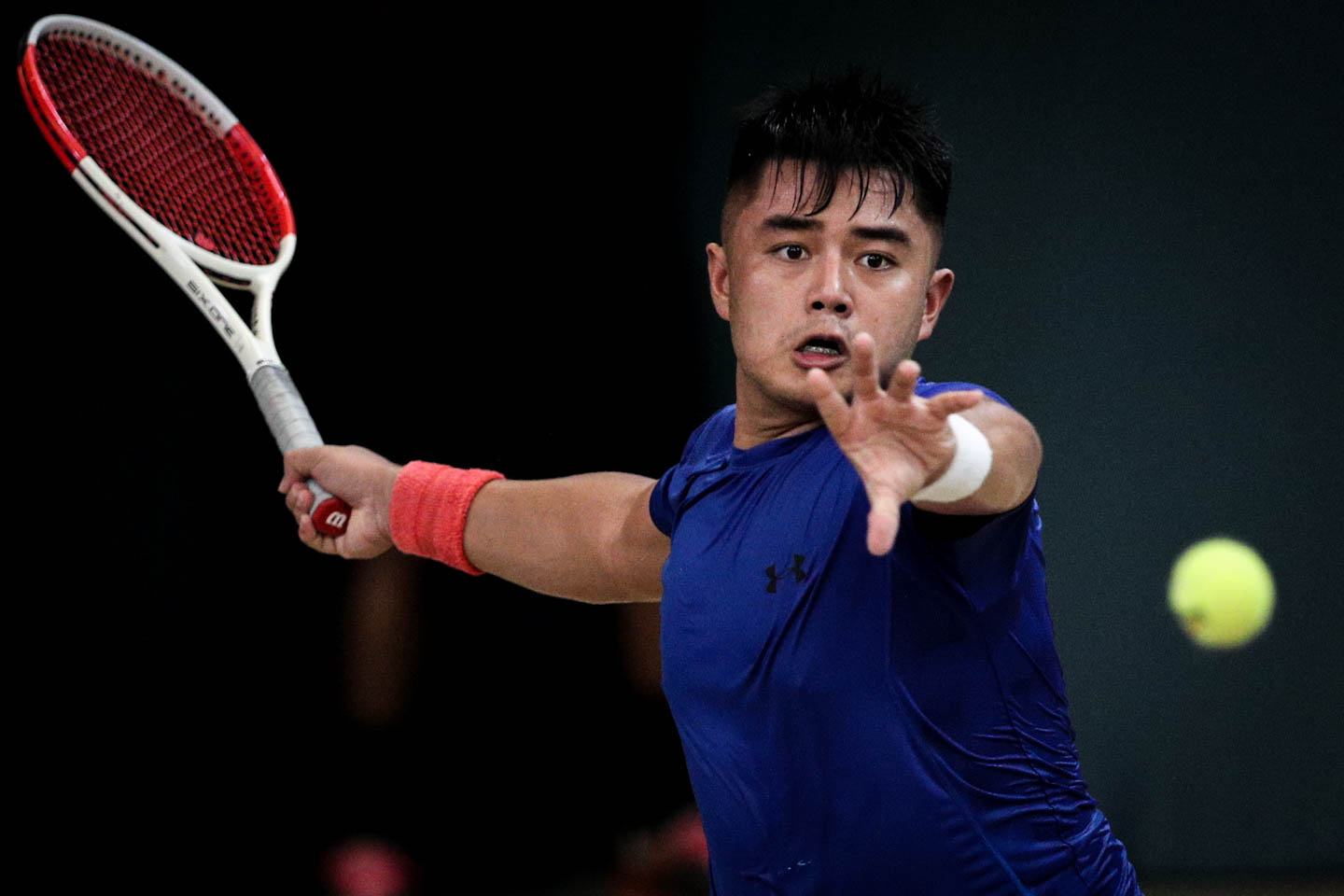 MANILA, Philippines – Though AJ Lim was determined to not be starstruck by his Davis Cup opener foe World No. 6 Stefanos Tsitsipas, the Filipino netter was honored to be given another opportunity to face him in his current form.

“I knew it was really, really hard to get a game against him. He was just unreal. He’s obviously really good, he’s No. 6 in the world,” said Lim after getting swept, 6-2, 6-1, by the Greek star in the first singles of the Davis Cup World Group II playoffs.

“I did my best. I gave everything that I had, I ripped shots, I had some few [winners], but obviously, he’s more experienced that me, so he was able to counter and everything. I’m just happy that I’m able to play as well, but I just couldn’t get the W for the team.”

The two-time UAAP MVP admitted that his shaky start – which led to Tsitsipas’ 4-0 run – was because of his nervousness. But Lim managed to fight back midway through the match and win a total of 3 games over the world tennis star.

“In the first few games, I was super tight. I didn’t know what to do, what to expect from a top 6 player. It’s really different to play against him, but when I got used to it, I got into the rallies and everything, I got warm, and a few points,” added Lim.

During their juniors days, Lim was first to record a win over Tsitsipas in the 2016 Orange Bowl tournament in Florida.

Though Tsitsipas managed to finally get even with him, the loss, instead, fueled the 2019 Southeast Asian Games bronze medalist’s hopes of playing and practicing with more world-class players like him.

“I don’t really have the opportunity and chance to practice against those kinds of players, so it’s different,” said Lim.

“I wish that I have someone like him to train with. I’d be a different player for sure.”

The 21-year-old Greek tennis sensation, who stayed consistent throughout the match, also commended Lim for stirring him whenever the Filipino would score a point.

“It’s also not easy for me because I know deep inside that I have to work for the point. It’s a mental game,” said Tsitsipas.

Lim is slated to face Tsitsipas’ younger brother Petros in the reverse singles, where the lineup is subject to change, on Saturday, March 7. – Rappler.com