Mar 7, 2020 2:37 PM PHT
JR Isaga
Facebook Twitter Copy URL
Copied
Mauled by Ateneo in the opener, UP ramps up its aggressive play to crash into the win column 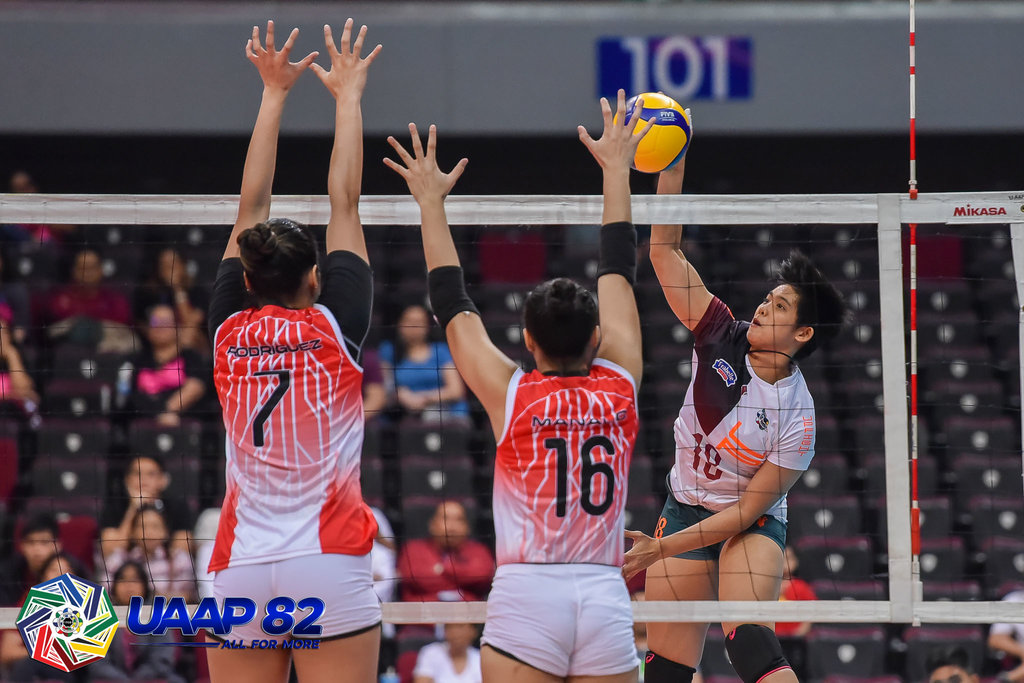 The Maroons now stand at 1-1 for the new season after a sorry sweep loss to the Ateneo Lady Eagles last Wednesday.

UP’s senior duo of Isa Molde and Tots Carlos led the way in the breakthrough win. Molde paced the Maroons with 24 points on 18 attacks, 4 blocks and 2 aces while Carlos added 15 markers on 11 spikes, 2 aces and a block.

“I think on the 4th set, we put them on the pressure and we put control on the game,” said head coach Godfrey Okumu. “I thank my team for that. Usually the more aggressive team wins.”

Mean Mendrez led UE in the losing effort with 21 point off 19 attacks and 2 aces while rookie Janeca Lana added 17 markers on 15 spikes, a block and an ace.

After the Maroons started off with a 2-0 lead, the Lady Warriors got their bearings back with an 8-4 start in the 3rd frame. UE kept the pressure up until Mendrez scored consecutive points for the 20-13 gap, leading to a 25-18 finish.

However, UP ramped up the aggressiveness in the 4th set as they burst out to a 12-3 lead highlighted by a Jessma Ramos solo block.

The Maroons never looked back from there as Molde stretched the gap to 21-12 en route to their first win of the season. – Rappler.com