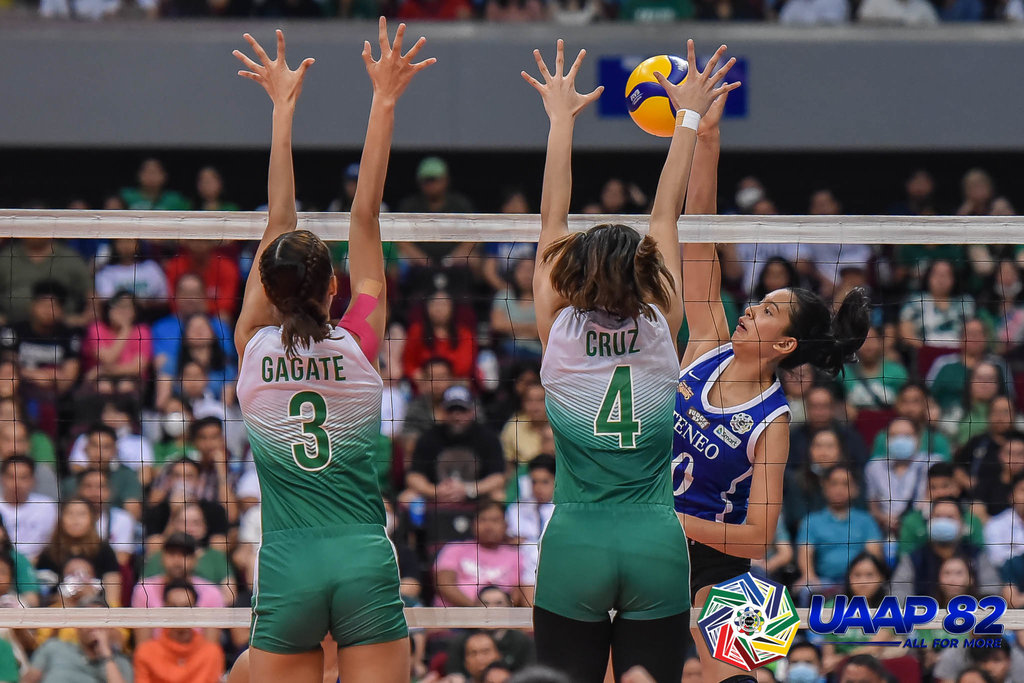 As the most experienced star left over from the championship-winning core of head coach Oliver Almadro, it was easy to assume that the fifth-year hitter would take the lead for her team on both ends of the floor.

However, that was simply not the case come Saturday night as the stifling La Salle defense headed by rookie Thea Gagate pinned Tolentino down to just 6 points off 5 attacks with a staggering 41 attempts.

“It’s the same La Salle team that I always play. They have good blocking and defense,” she said after the stinging four-set loss at the Mall of Asia Arena.

“They know exactly where we’re going to hit so I mean, it’s good for them. It’s just something that I learned from.”

Rather than dwelling on her horrid outing, the 24-year-old is just shifting her focus on the positives that the younger Lady Eagles achieved, most importantly their set-sealing 13-1 run in the 2nd frame that put the outcome in doubt for the time being.

“I really saw the fight in the team. I saw how how badly we wanted it and I could see that we do have the skill,” she said. “But it’s just sometimes, we get caught up with all the people in the crowd that we forget about our own side.

“I think sometimes we focus too much on the La Salle side, but the 2nd set was really good to see and I’m just happy with the way that other people performed from the team. And the way that they were able to help us a lot.”

Being a veteran, Tolentino is not the least bit worried that her team already has a loss to its name just two games into their title defense.

“I mean it’s it’s the start of the season, I’m just looking at ways that we can learn from it and we can improve from this game,” she said. “Of course, [La Salle] all came out ready and clearly more ready than we were. So, yeah, they just came more prepared this time.” – Rappler.com