Mar 8, 2020 5:30 PM PHT
Delfin Dioquino
Facebook Twitter Copy URL
Copied
Nabbed by Columbian as the top overall pick, CJ Perez did not take long to establish himself as one of the best players in the league 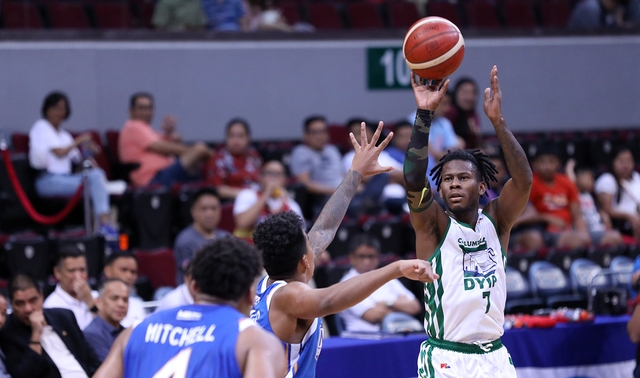 MANILA, Philippines – The term “super rookie” gets thrown around a lot, but CJ Perez has proven he is more than deserving of such a distinction.

The do-it-all guard made a splash in his first season in the PBA on the way to being hailed the Rookie of the Year in the latest edition of the Leo Awards at the Araneta Coliseum on Sunday, March 8.

Nabbed by Columbian as the top overall pick in the 2018 Draft, Perez did not take long to establish himself as one of the best players in the league as he put up impressive numbers on a nightly basis.

Perez averaged a league-best 20.8 points on top of 7.4 rebounds. 3.4 assists, and 1.9 blocks to become the first Columbian player to win the award.

Perez even managed to put himself in the conversation for Most Valuable Player but was hampered by the performance of his team, with the Dyip failing to reach the playoffs in any of the 3 conferences. – Rappler.com