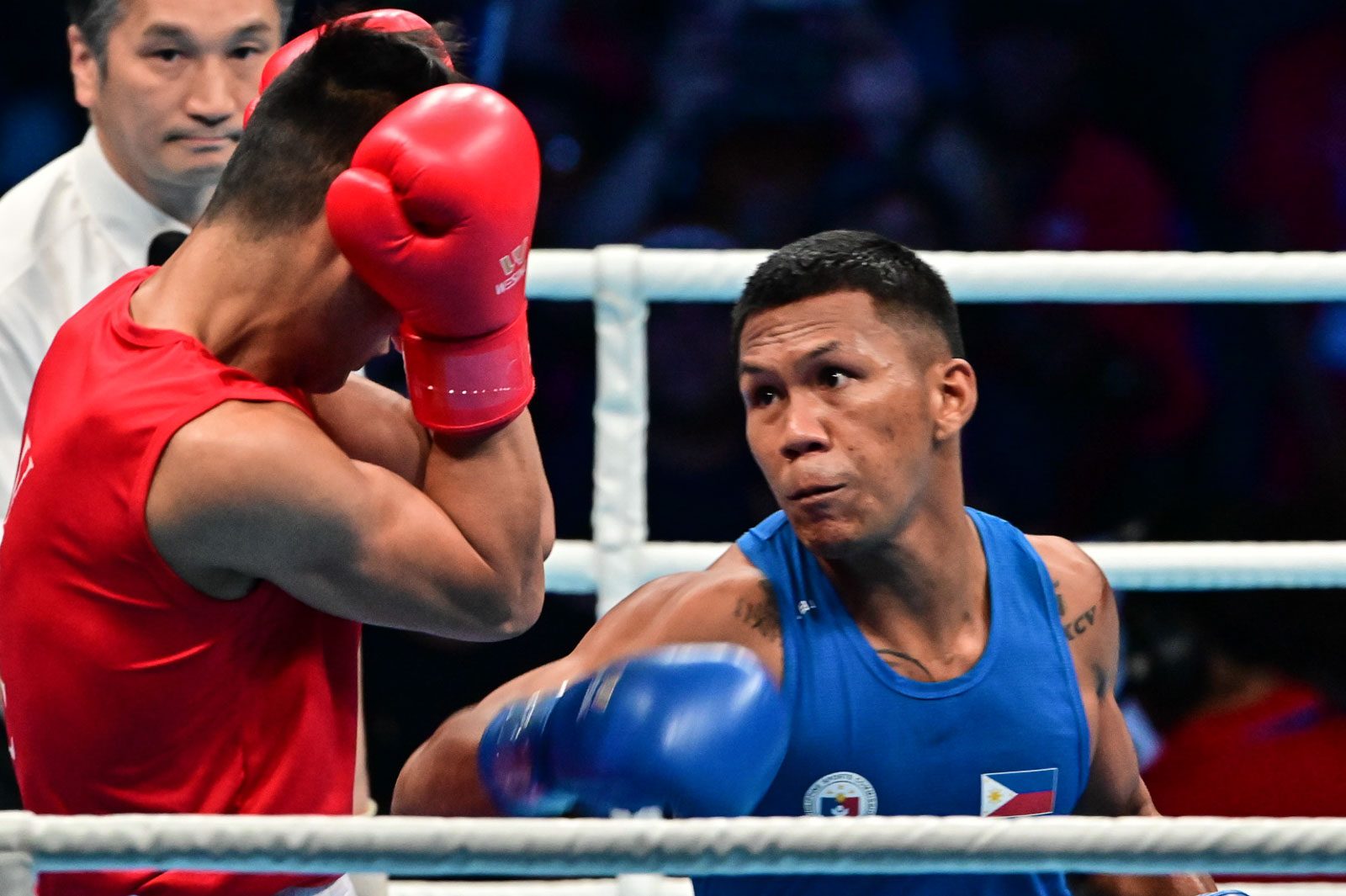 MANILA, Philippines (UPDATED) – Eumir Felix Marcial unlocked a career achievement as he became the first Filipino boxer to secure a berth to the Tokyo 2020 Olympics on Sunday, March 8 (Monday, March 9, Manila time) in the 2020 Asia and Oceania Olympic boxing qualifiers in Amman, Jordan.

Marcial went all out in the 3rd round to win the bout via referee stop contest against Mongolia’s Byamba-Erden Otgonbaatar for a semifinals berth in the men’s middleweight (75kg) event that assures him of a ticket to the global showpiece.

The 24-year-old pug joins pole vaulter EJ Obiena and gymnast Carlos Yulo as he is the third Filipino to qualify for the quadrennial meet that will be held from July 24 to August 9.

Marcial and Otgonbaatar traded punches to kick off the opening round, which ended in favor of the Filipino top seed.

Although Marcial managed to land a body shot straight at the Mongolian’s button to gain control of the 2nd round, the judges awarded him a 4-1 entering the final round.

Disappointed with the 2nd round result, Marcial packed stronger punches that sent Otgonbaatar stumbling throughout the final round.

With 45 seconds left on the clock, the referee put a halt to the bout, sending Marcial to the Tokyo Olympics and the tournament semifinals.

Seeded No. 1 in the tournament, Marcial is riding on the crest of his 2019 world championships silver medal and a golden performance in the 2019 Southeast Asian Games.

In 2016, Marcial missed his chance for an Olympic berth as he fell short in the box-off for a slot in the  continental qualifiers. – Rappler.com