Tautuaa fills void for Fajardo after Most Improved Player triumph 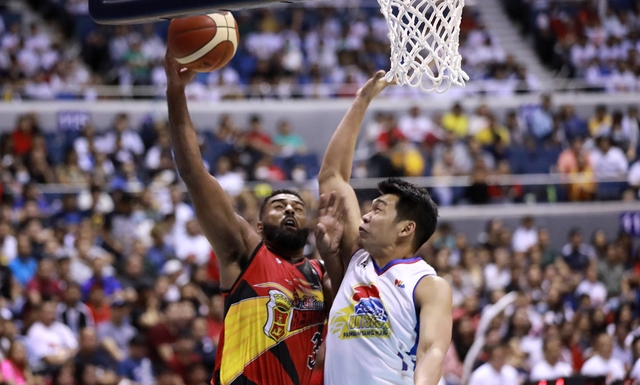 Tautuaa proved a worthy backup for Fajardo as he helped lead San Miguel to a rousing debut in the 2020 PBA Philippine Cup following a 94-78 manhandling of Magnolia on Sunday, March 8.

Seeing his playing time dramatically increase with the reigning six-time MVP Fajardo sidelined due to a shin injury, Tautuaa started and churned out a team-high 20 points on top of 11 rebounds and 2 blocks.

“You saw me today, I was getting the ball quite often. Coach wants me to produce,” the Filipino-Tongan big man said.

He scored 12 points in the first half as San Miguel gained a 45-33 advantage before chipping in another 6 points in the final quarter that saw his team hold off a pesky Magnolia side.

It was a fitting performance from Tautuaa after being hailed the Most Improved Player in the season that passed earlier in the day.

Struggling during his first PBA seasons with TNT, Tautuaa thrived when he was traded to NorthPort in 2018 as he emerged as one of the best big men in the PBA.

“I worked hard and I just wanted to get something from last [season] – making sure to award myself, to let myself know to keep going,” he said.

San Miguel needs Tautuaa to keep filling in the void for Fajardo when it meets Rain or Shine at the Araneta Coliseum on Friday, March 13. – Rappler.com