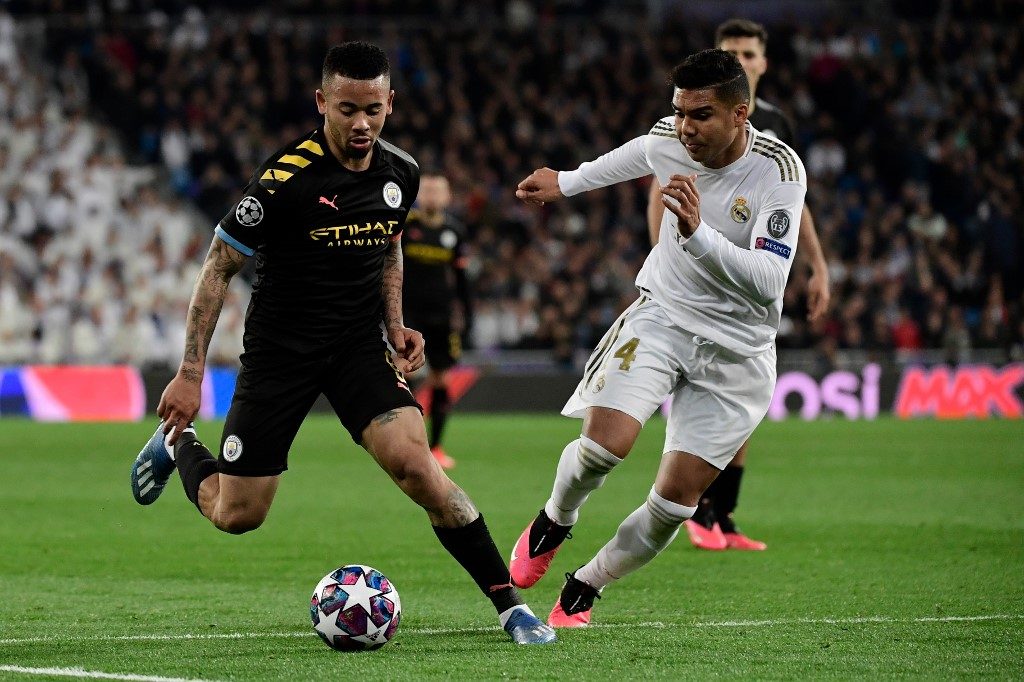 PARIS, France – All UEFA Champions League and Europa League matches scheduled to be played next week have been postponed because of the coronavirus pandemic, European football’s governing body said on Friday, March 13.

The move comes after two of next week’s 4 scheduled Champions League last 16, second legs – between Manchester City and Real Madrid, and between Juventus and Lyon – had already been called off on Thursday.

Two other matches scheduled for next Wednesday, between Barcelona and Napoli and between Bayern Munich and Chelsea, were initially due to go ahead behind closed doors.

“In the light of developments due to the spread of COVID-19 in Europe and related decisions made by different governments, all UEFA club competitions matches scheduled next week are postponed,” UEFA said in a statement.

“Further decisions on when these matches take place will be communicated in due course.”

The postponements also affect all the second legs of the Europa League last 16 round.

Six of the 8 first-leg matches were played on Thursday, 4 behind closed doors, including Manchester United’s 5-0 win away to LASK Linz in Austria.

The other two matches, between Inter Milan and Getafe and between Sevilla and Roma, were called off.

UEFA also confirmed that the draws for the Champions League and Europa League quarterfinals, which were supposed to be held next Friday, March 20, were postponed as a consequence.

The body will hold a crisis meeting next Tuesday to work out a way forward for their club competitions and for Euro 2020, which could now be postponed by a year due to the pandemic.

Several European countries, including Italy, Spain and France, have suspended their domestic leagues.

The English Premier League suspended all fixtures until April 4 on Friday after a spate of coronavirus cases, including Arsenal manager Mikel Arteta and Chelsea winger Callum Hudson-Odoi.

“Following a meeting of shareholders today, it was unanimously decided to suspend the Premier League with the intention of returning on 4 April, subject to medical advice and conditions at the time,” the Premier League said in a statement.

Everton announced on Friday their entire first-team squad and coaching staff have been told to self-isolate after a player reported symptoms consistent with COVID-19.

Leicester City manager Brendan Rodgers – who has 3 players in self-isolation – has called for the season to be suspended on “health and ethical” grounds.

“Above all, we wish Mikel Arteta and Callum Hudson-Odoi speedy recoveries, and everyone else affected by COVID-19,” said Premier League chief executive Richard Masters.

“In this unprecedented situation, we are working closely with our clubs, Government, The FA and EFL and can reassure everyone the health and welfare of players, staff and supporters are our priority.”

The English Football League, which heads up the 3 divisions below the Premier League, and Women’s Super League will also be suspended until April 3.

England’s two friendly matches at home to Italy and Denmark later this month have been postponed.

However, the authorities still hope to be able to resume and complete the season at a later date.

The French football season has been suspended “until further notice” because of the coronavirus outbreak, a source close to the LFP, which runs the elite Ligue 1 and Ligue 2, told AFP on Friday.

The source said that the league had taken a “unanimous” decision to stop playing with immediate effect following an emergency meeting on Friday, having previously said games would continue to be played behind closed doors until mid-April.

The move means France follows other leading European leagues in closing down the season, with all sport in Italy stopped until early April and the next two rounds of matches in La Liga in Spain postponed.

In addition, the Dutch and Swiss domestic leagues have been put on hold until the end of the month, while Portugal has announced its top two divisions will be suspended “indefinitely”.

Paris Sant-Germain’s Ligue 1 match at Strasbourg last weekend was the one game in France to be postponed due to the extent of the outbreak in the east of the country, but the situation has since deteriorated. – Rappler.com