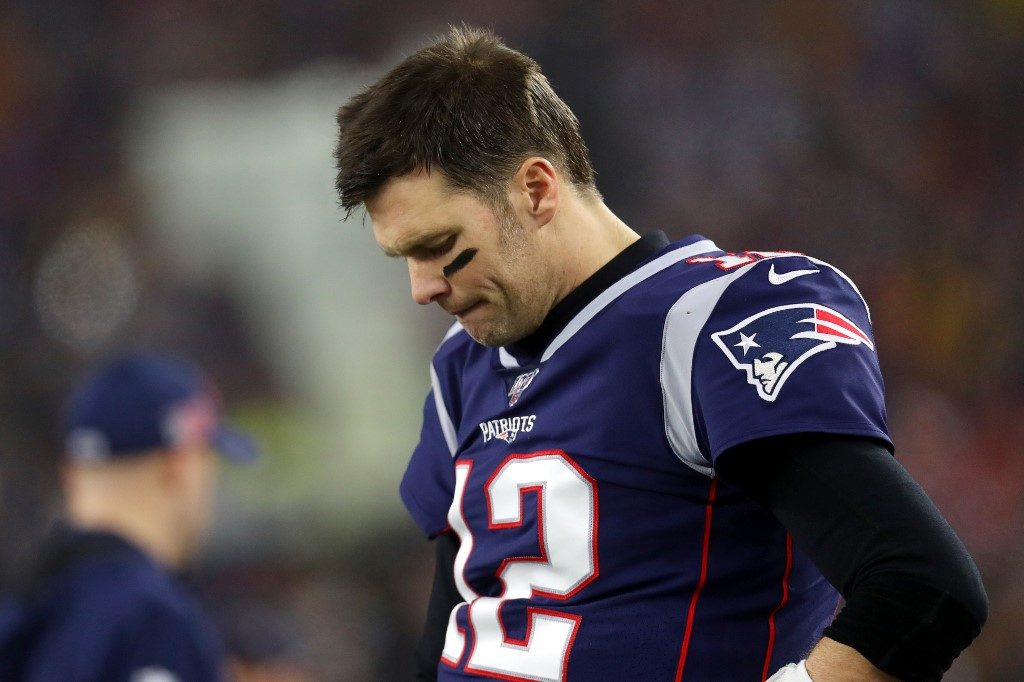 LOS ANGELES, USA – Tom Brady announced his departure from the New England Patriots on Tuesday, March 17, ending a glittering career with the franchise which spanned 20 years and 6 Super Bowl victories.

US media reported Brady was set to join the Tampa Bay Buccaneers on a multi-year deal worth $30 million a season.

Brady had been linked with a possible move to Tennessee but that option was taken off the table when the Titans reportedly opted to retain Ryan Tannehill instead.

The Los Angeles Chargers and Las Vegas Raiders had both been seen as potential suitors but multiple US outlets said Tampa Bay had emerged as the destination for the quarterback.

Although the Bucs have not reached the playoffs since 2007, the team’s 7-9 record in the NFC South might have been better had it not been for quarterback Jameis Winston, who threw an eye-popping 30 interceptions over the season.

Bucs coach Bruce Arians is a long-time admirer of Brady and had earlier said the Patriots quarterback was the one player he would attempt to sign if the opportunity arose.

Brady, 42, confirmed his departure in a series of posts on social media but did not divulge where he will play next season.

“Although my football journey will take place elsewhere, I appreciate everything that we have achieved and am grateful for our incredible TEAM accomplishments,” Brady said in a statement.

“I don’t know what my football future holds but it is time for me to open a new stage for my life and career,” he added.

Brady is widely regarded as the greatest quarterback in NFL history, winning a record 6 Super Bowl titles in a career with the Patriots that straddled 3 decades.

He is also the oldest quarterback to win a Super Bowl, guiding the Patriots to victory over the Los Angeles Rams last year at the age of 41.

Brady’s 9 total Super Bowl appearances are also a record for any NFL player, a testament to his remarkable longevity.

His departure from New England ends one of the NFL’s iconic double-acts, with Patriots head coach Bill Belichick.

Belichick has been in charge in New England from the start of Brady’s career, plucking him from obscurity with the 199th pick of the 2000 NFL draft and moulding the youngster into a champion quarterback.

Belichick described Brady as the “greatest quarterback of all time” in a statement Tuesday.

“It has been a privilege to coach Tom Brady for 20 years,” Belichick said.

“Sometimes in life, it takes some time to pass before truly appreciating something or someone but that has not been the case with Tom.”

Brady has repeatedly stated that he plans to play until his mid-40s but speculation about his future had raged after he failed to reach agreement with the Patriots about an extension last year.

Brady’s relationship with Belichick has also reportedly come under strain in recent seasons, with the quarterback increasingly at odds with the coach’s austere, tough-love management style.

Nevertheless, Brady had remained close to the Patriots’ billionaire owner Robert Kraft, who said Tuesday that he viewed the quarterback like a son.

“How do I possibly sum up the depth of my gratitude to Tom Brady for what he’s given us these past 20 years, or the sadness I feel knowing it’s ending?” Kraft said in a statement. “I love Tom like a son and I always will.”

Brady was often visibly frustrated during what turned out to be his final season with the Patriots, often operating with an inexperienced receiving corps and sorely missing the giant presence of retired tight end Rob Gronkowski.

The Patriots were bundled out in the wildcard round of the playoffs in January, suffering an upset 20-13 defeat at home to the Tennessee Titans.

Since that playoff exit, Brady has been tightlipped about his future although a number of teams had pursued him ahead of the start of free agency, which gets under way on Wednesday. – Rappler.com