Growing up in poverty, June Mar glad to give family better life 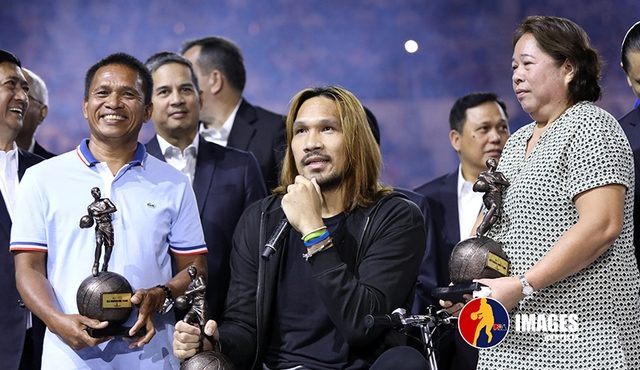 MANILA, Philippines – June Mar Fajardo has already cemented his status as one of the greatest PBA players of all time with a record-extending sixth consecutive Most Valuable Player honor.

To add to that, he has won 8 Best Player of the Conference plums and 6 First Mythical Team selections at just 30 years old.

Behind his success are his supportive parents Bonifacio and Marites, whom he used as inspiration on the way to becoming a basketball superstar.

“I wanted to give them a good life. I wanted their lives to be stable and secure,” he said in Filipino after receiving his sixth MVP award.

Fajardo added, “I didn’t want them to think about where they’re going to get the money to pay for electricity, water, and food.”

Before he rose to basketball stardom, the gentle giant and his family lived in poverty in Pinamungajan, Cebu.

In a TV interview, the Fajardo matriarch bared their family had to share a room together where they all ate and slept.

But their lives took a turn for the better when Fajardo was drafted the first overall pick by Petron (now San Miguel) in 2012 and helped the storied franchise win 8 of the last 15 PBA championships.

“I know how it feels to be poor, we’ve been there, I’ve been there. No matter how healthy you are, you will grow weak when you don’t have money,” he said.

“When I see my parents happy, everything I’ve been through becomes worth it. I know they’re proud of me. I know all of their sacrifices for me and my brother didn’t go to waste,” Fajardo added.

Fajardo is currently nursing a fractured right shin and is expected to miss an entire season due to the severity of his injury.

But the jolly big man knows it is just one of the challenges he has to hurdle.

“I know I will get through this. No matter how bad our day is, it’s just 24 hours and it will pass. It’s just a bad day, not a bad life.” – Rappler.com