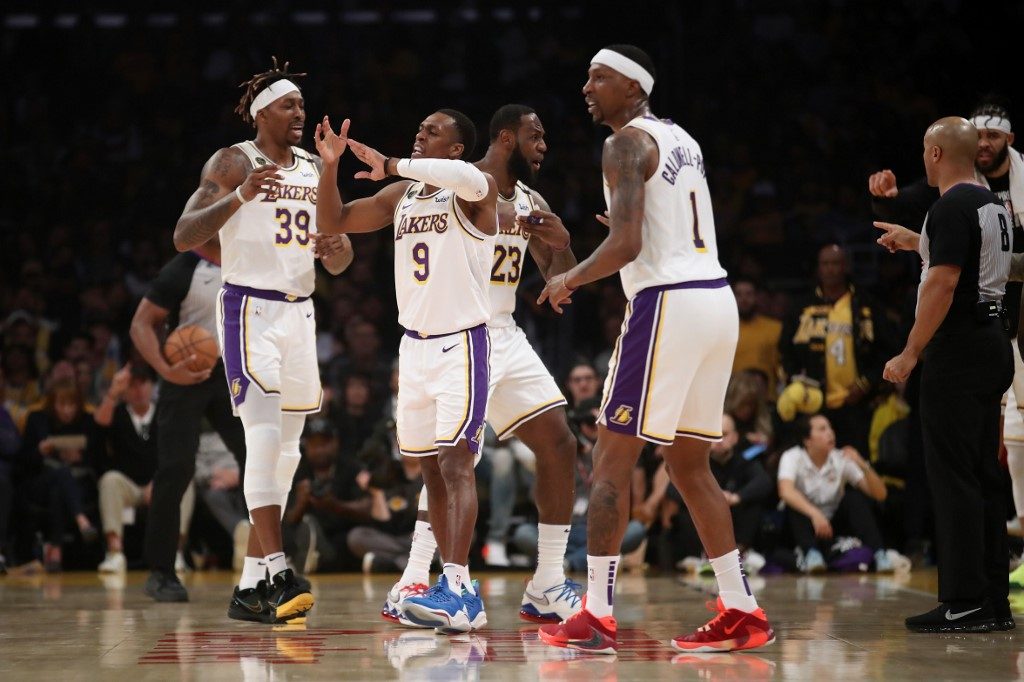 NEW YORK, USA – Two members of the Los Angeles Lakers have tested positive for the new coronavirus on Thursday, March 19, as the Philadelphia 76ers also confirmed that 3 of their players had contracted the disease.

The Lakers said they tested their players because on March 10 they played the Brooklyn Nets, who had 4 players, including league star Kevin Durant, test positive for the virus. The Lakers said team doctors are closely monitoring the two players.

“We learned today that two Lakers players have tested positive,” said Lakers spokesperson Alison Bogli in a news release. “Both players are currently asymptomatic, in quarantine and under the care of the team’s physician.

“All players and members of the Lakers staff are being asked to continue to observe self-quarantine and shelter at home guidelines, closely monitor their health, consult with their personal physicians and maintain constant communication with the team.”

The Sixers said the positive cases were uncovered after health authorities warned that certain players, coaches and support staff may have been exposed to COVID-19.

Like the Sixers, the Lakers declined to name the players who tested positive.

The Boston Celtics and the Denver Nuggets also announced positive tests on Thursday for COVID-19.

Marcus Smart later revealed he’s the Celtics player who tested positive, noting that he has “no symptoms” and still feels “great.”

I was tested 5 days ago and the results came back tonight, which were positive. Ive been self quarantined since the test, thank goodness. COVID-19 must be taken w the highest of seriousness. I know it’s a #1 priority for our nations health experts, & we must get more testing ASAP pic.twitter.com/xkijb9wlKV

On Wednesday, commissioner Adam Silver said NBA players should be considered “super spreaders” of the disease. His comments came amid criticism that wealthy athletes are getting tested for the virus ahead of critically ill patients in American hospitals. (READ: NBA chief defends league over virus tests for ‘wealthy’)

A total of 14 players and personnel had tested positive as of March 19.

The Sixers said the 3 individuals were in self-isolation while being monitored by medical professionals.

“Three individuals have received positive test results for COVID-19,” the Sixers said. “All other tests results are currently negative. We have reported this information to state and local health authorities as required.”

“The health of our players, staff, fans and community is paramount, and we continue to be guided by medical experts at this time,” the team said.

Also, the Celtics said Thursday at least one player has tested positive as part of a series of tests they are conducting on their team.

The Celtics, who initially didn’t identify Smart, said the player was not showing any symptoms and will continue to be isolated.

“The testing was initiated because of exposure to a known positive case,” a Celtics spokesman said. “The team is awaiting further testing results and will communicate them as appropriate.”

Earlier, the Denver Nuggets said one member of the organization had tested positive, but did not specify whether the person was a player.

“The person, who was tested after experiencing symptoms consistent with COVID-19 on March 16th, is currently under the care of team medical staff and in self-isolation,” the team said.

A number of NBA players have tested positive for COVID-19 since Utah’s Rudy Gobert was confirmed to have contracted the disease last week, prompting the league to impose an indefinite suspension on play.

Gobert, the reigning Defensive Player of the Year, had apologized for not taking the league’s health protocol seriously and potentially exposing people to the coronavirus,. (READ: Gobert apologizes for ’embarrassing, inexcusable’ virus gaffe)