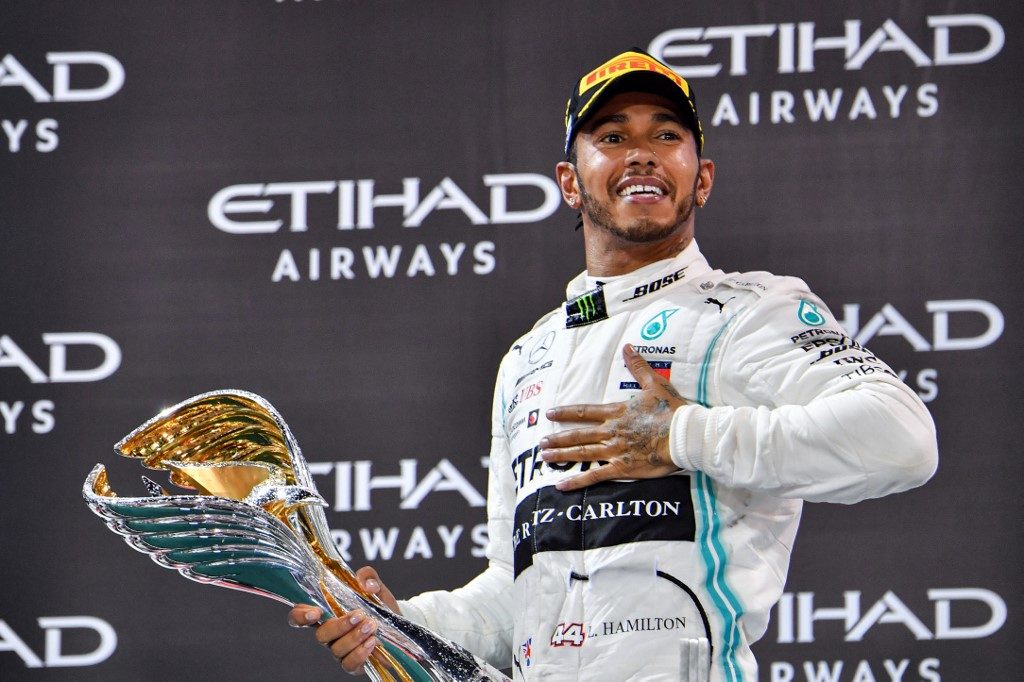 LONDON, United Kingdom – Six-time Formula One champion Lewis Hamilton says he is self-isolating but will not get tested for coronavirus as others need attention more than him.

The 35-year-old Briton said he decided to self-isolate because he had been at the same function in London that actor Idris Elba and Canadian Prime Minister Justin Trudeau’s wife Sophie Gregoire-Trudeau attended earlier this month.

Elba and Gregoire-Trudeau subsequently both tested positive for COVID-19.

“I want to let you know that I am doing well,” Hamilton said in a statement. “There has been speculation about my health, after I was at an event where two people later tested positive for coronavirus.

“I have zero symptoms and it has now been 17 days since I saw Sophie and Idris. I have been in touch with Idris and happy to hear he is OK.

“I did speak to my doctor and double checked if I needed to take a test but the truth is, there is a limited amount of tests available and there are people who need it more than I do, especially when I wasn’t showing any symptoms at all.”

Hamilton has been in isolation since last Friday.

The start of the Formula One season has been wiped away by the pandemic with races in Australia, Bahrain, Vietnam, China, Netherlands and Spain shelved and the iconic Riviera showpiece in Monaco canceled.

A season which should have started in Melbourne on March 14 will now not start until Azerbaijan on June 7 at the earliest.

Formula One’s British-based teams are also hoping to contribute away from the track.

They are working on a plan to manufacture medical equipment needed to fight the coronavirus which up to Friday night had claimed 177 victims in the United Kingdom with the numbers infected set to top 4,000.

The British government and health authorities need more ventilators in intensive care units to deal with respiratory problems caused by the illness.

Formula One teams have engineering capabilities that could speed up the production of the units. – Rappler.com