Cancel them! For Olympic opponents in Japan, a delay isn’t enough 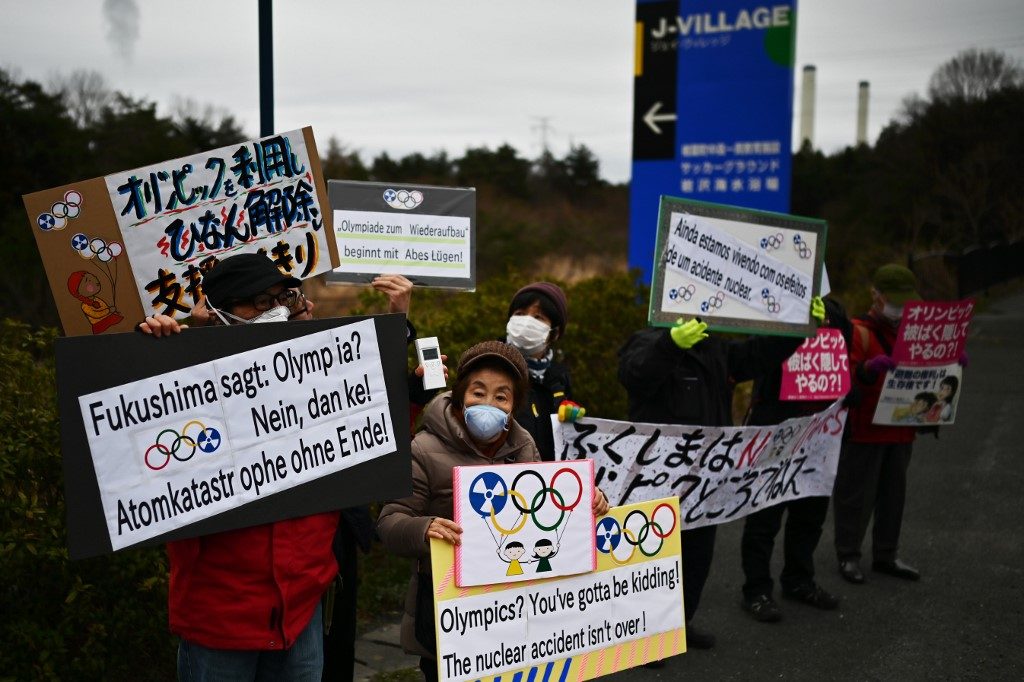 TOKYO, Japan – For many in Japan, the postponement of the Olympics is a heartbreaking necessity. But for a small and motley crew opposed to the Games altogether, it doesn’t go far enough.

“Damn it! We absolutely reject postponement. The Olympics should be canceled and abolished,” an umbrella group of anti-Games activists tweeted after the historic delay to the 2020 Olympics was announced.

Just minutes before Tuesday’s dramatic decision, triggered by the coronavirus pandemic, a handful of activists gathered in central Tokyo holding one of their regular protests against the Games.

“We’ve been doing a monthly rally for various reasons. One of the things that most annoys me is the commercialism of the event,” said 59-year-old Toshio Miyazaki, standing with protesters holding signs reading: “We are opposed to the Tokyo Olympics.”

Miyazaki works for the Tokyo city government, a key partner in organizing the 2020 Games, but he is vocal about his opposition to the event.

“The coronavirus situation is pushing them to postpone the Games, but I think Japanese people should think twice about whether it is really necessary to host the Olympics,” he told AFP.

The prospect of hosting the Olympics remains largely popular in Japan, with 4.5 million tickets already sold through an oversubscribed lottery system that was so popular it was expanded for an additional round. (READ: In Japan, disappointment but understanding over postponed Olympics)

In domestic surveys, only around 10% of respondents think the Games should be canceled, even with the global coronavirus pandemic stalking the globe.

And those who oppose the Games do so for a variety of reasons.

Kumiko Sudo, who was among the protesters out on Tuesday, said she was uncomfortable with the nationalist undertones she feels are associated with the Games.

“Hosting the Olympics was proposed to boost a sense of nationalism” by then-Tokyo governor Shintaro Ishikawa, she told AFP.

She was also angered by moves Tokyo made in the run-up to the Games, including clearing out makeshift camps occupied by homeless people.

Japan has billed the 2020 Games as the “Recovery Olympics,” planning to showcase reconstruction in the northeastern parts of the country that were devastated by the 2011 earthquake, tsunami and Fukushima nuclear disaster.

But some in the battered region oppose the Games, saying the money spent would have been better directed to people forced to evacuate after the disaster.

“Tokyo landed the right to host the Games by calling it a ‘Reconstruction Olympics’… but that’s a phony discourse,” argued Hiroki Ogasawara, a professor of sociology at Kobe University and co-author of a book on opposition to the Tokyo Games.

“Holding the Olympics will not by itself rebuild the disaster-hit area, it’s an attempt to pretend that these communities have been reconstructed with the holding of the Olympic Games,” he told AFP.

The disaster-hit Tohuku region was set to feature prominently in the Olympic torch relay, which was scheduled to begin Thursday but has now been postponed along with the Games.

Under the slogan “Hope Lights Our Way,” the torch was supposed to set out from a Fukushima sports complex that became a staging ground for the response to the nuclear disaster.

The nationwide relay route included stops in towns that have only recently seen partial liftings of evacuation orders. – Rappler.com