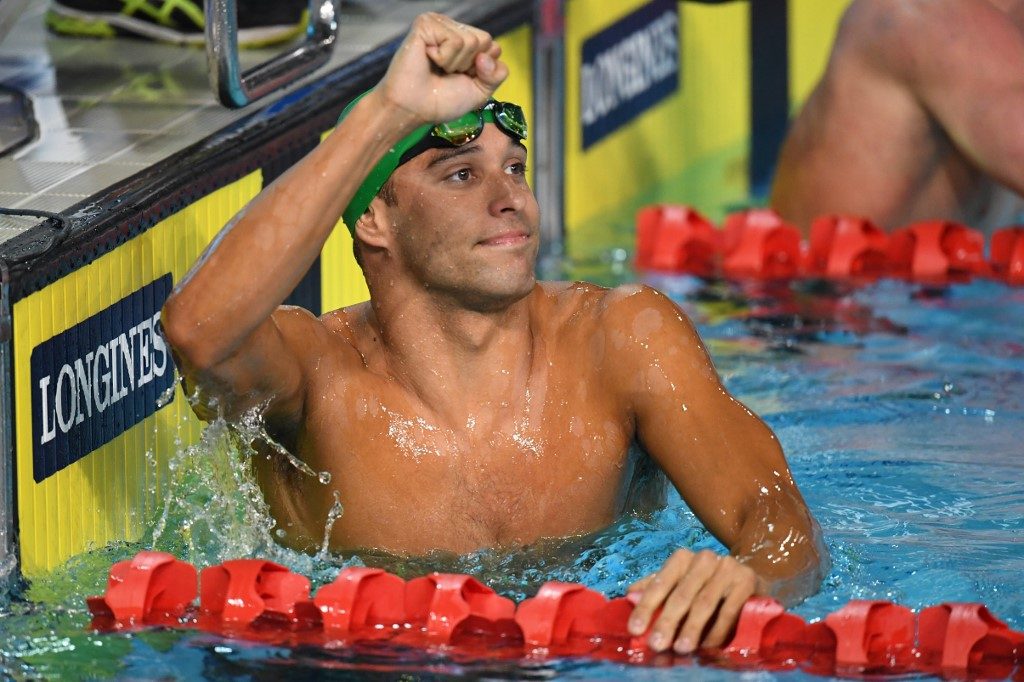 Facebook Twitter Copy URL
Copied
Although the Olympic delay means another year of hard work for the athletes, everyone agrees it's the right decision in the face of uncertainty

PARIS, France – Prospective Olympic competitors were quick out of the blocks after the Tokyo Games were postponed until 2021 and most gave the decision the thumbs up on social media.

The consensus was the International Olympic Committee had made the right decision in the face of the uncertainty caused by the coronavirus pandemic.

“All in all a very wise decision,” tweeted Eliud Kipchoge, the Olympic marathon champion and the only man to run the distance in less than two hours. “I look forward to come back to Japan to defend my Olympic title next year and look forward to witness a wonderful event.”

Italian cyclist Elia Viviani, a track gold medallist in Rio in 2016, whose country has recorded most deaths from COVID-19, summed up much of the reaction when he tweeted: “Postponing the Olympics to 2021 is the best decision for me. Today we are all struggling with a much bigger problem….So Olympics see you in 2021!”

One of his sprint rivals, Britain’s Mark Cavendish said: “BIG news and it’s the right call,” before adding: “On a sporting side, there’s going to be a few nations thankful for 12 months more preparation!”

Took this photo last year in Japan. I’m sad the @olympics are postponed, but I am sure it‘s the right decision for the collective health of everyone involved. Let’s look forward to Tokyo #Olympics 2021 pic.twitter.com/nba0qvcAGC

Belgian cyclist Victor Campenaerts was worried about his girlfriend, swimmer Fanny Lecluyse: “She has already been selected, will she be selected for next year’s Olympics? Does she have to qualify again? She was planning to retire after these Games.”

For some athletes, like Simone Biles who had said she planned to retire after Tokyo, it means another year of hard work. Her coach said the US gymnasts were ready.

“As needed as it is, for every athlete especially gymnasts who’ve started this journey so young, worked as hard of even harder for this,” tweeted Cecile Landi, who competed for France but coaches in Texas.

Correct decision by @Olympics – will refocus on #Tokyo2021 when the time is right. Stay healthy & safe everyone over the next few weeks Let’s beat this together pic.twitter.com/TTGw2Cnzto

Russian gymnast Angelina Melnikova, was less happy with the decision.

“I’m very excited and now I’m very upset, we are all very upset. But now we have time,” she posted on Instagram. “I’ll do my best gymnastics ever. Let’s go with me.”

At 25, British diver Tom Daley,  who has won medals at the last two Olympics, said the extra year would take a toll. “Yes, I’ll be another year older, and my body will feel that, but I promise to work my tail off”

Among athletes who might feel the stopwatch is against them, there was support.

Mary Kom, a 38-year-old Indian boxer and a member of parliament, who made news at the weekend by breaking quarantine after returning from abroad, to attend a breakfast hosted by President Ram Nath Kovind, tweeted: “Excellent and right decision.”

Carli Lloyd, a 37-year-old US footballer who has two gold medals told local television: “It’s bigger than an Olympics. I definitely think it’s the right call. Disappointed… but I think for the safety of everybody, it’s definitely the best thing.”

The 2012 women’s triathlon champion, Nicola Spirig, applauded the decision but hinted it could mark the end of her career.

“For the past months, I have been working daily towards my goal of competing at my fifth Olympic Summer Games…I am therefore glad to have clarity now and fully support the IOC’s decision,” the 38-year-old Swiss posted on Instagram.

“As far as my sporting future is concerned…I will take my time and discuss my options together with my family and team before coming to a decision in the weeks to come.”

All in all a very wise decision to postpone the Olympics until 2021. I look forward to come back to Japan to defend my Olympic title next year and look forward to witness a wonderful event. I wish everybody good health in these challenging times. pic.twitter.com/jrhsFEe545

Others did not try to hide their disappointment.

“I’m devastated. That’s not to say I disagree with the decision, 100% understand and respect the reasons,” track cyclist Elinor Barker, who won gold with the British pursuit team in Rio posted on Instagram.

“This pales in comparison to the loss a lot of people around the world are experiencing, but I can’t pretend it doesn’t hurt a little.”

But most expressed relief and optimism.

Dutch runner Dafne Schippers, who won silver in the 200 meters in Rio posted: “I was really looking forward…but for now we have to look at the bigger picture and do whatever it takes to beat the corona virus…let’s make sure we’ll celebrate even harder in 2021!”

Thank you to the IOC for making this tough but necessary decision.
@Olympics pic.twitter.com/MQe95mR9WZ

US swimmer  Lilly King, a double gold medallist in Rio, posted: “Just one more year to get better.”

“You gonna cry about it or boss up?” asked American wrestler Jordan Burroughs, a gold medalist in 2012, in a slangy tweet, “First of all imma do both.”

French double-Olympic judo champion Teddy Riner tweeter : “See you in 2021, Tokyo. First, we have a more important fight to win.”

A million things have changed in 4 years but one thing stayed the same, the daily pursuit of olympic glory. Our time isn’t now, it’s time to look after our vulnerable and protect them as much as we can. Excited to have the opportunity to train for #Tokyo2021 @massivemel pic.twitter.com/K1xv7RQEv8

Powerhouse swimmer Katie Ledecky, expected to be one of the stars of the Tokyo Games, had been left without a pool to train in as restrictions in California shut down the Stanford University facilities.

“Straight up I’m tired of hearing I’m sorry like my puppy just died,” Lyles wrote on Twitter. “We will overcome this like everything else and then go win the Gold in 2021!”

US sprint star Allyson Felix, whose six Olympic golds are the most for any female track and field athlete, said the delay won’t halt her bid for a last share of Games glory.

“I am not sure what the future holds, but my goals have not changed,” she wrote in an article posted on Time.com.

“I still hope to experience the feeling of standing on that podium in 2021 and I hope my journey to try to get back there will inspire you to keep moving forward.”

Ledecky’s US swimming teammate Nathan Adrian spoke of mixed emotions after learning of the postponement.

“Disappointment, obviously, because we’d be training for four years…but then the other side of the coin is relief,” said Adrian, 31, who had been targeting a fourth Olympic Games appearance.

Adrian, who underwent surgery for testicular cancer last year, is from Washington state, the initial epicenter of the COVID-19 crisis in the US.

“My parents are still up there along with my brother and sister. And my parents are in the risk category. I feel guilty if I’m trying to go out and train, sneaking around trying to find a gray area that allows me to get into a pool or lift some weights,” he told NBC.

Other athletes took a defiant stance, immediately turning their attention to a Tokyo Olympics sometime in 2021.

“We train hard. We put our blood, sweat and tears into this,” said Emma Coburn, the 2017 women’s steeplechase world champion. “Our dreams are not cancelled, they are just postponed.”

“This was THE year. The work, the sacrifice, the determination, but I understand,” Benjamin wrote. “Everyone stay safe and Tokyo we’ll see you soon.”