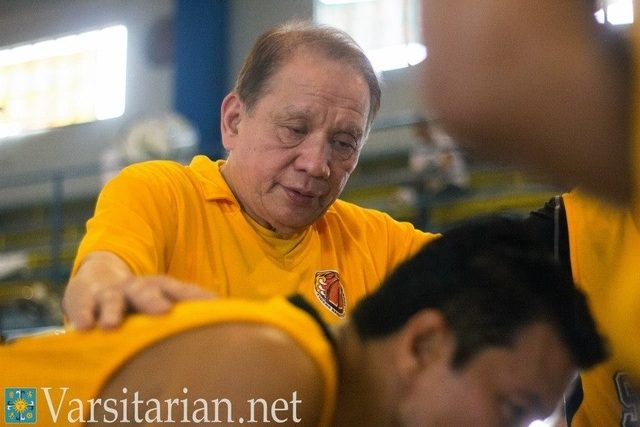 MANILA, Philippines – Tim Cone said the late Aric del Rosario should have been included in the conversation of the best coaches in the country following his success in the collegiate and professional ranks.

“It is crushing news to me, especially at this time when I cannot pay my respects to him and his family,” Cone said through a text message.

“He was such a steadying influence on me when I was a young coach. He always kept me grounded and taught me so much about humility.”

Del Rosario won 4 straight UAAP crowns with the UST Growling Tigers from 1993 to 1996, including a 14-0 sweep in their maiden title during that stretch.

While mentoring UST, Del Rosario served as deputy to Cone for the Alaska Aces in the PBA and helped the franchise win a rare Grand Slam in 1996.

“The winning he accomplished at UST and the players he touched was unsurpassed,” said the winningest PBA coach with 22 titles.

“He was truly a great coach and a better friend.”

Del Rosario also captured the inaugural title in the Metropolitan Basketball Association as coach of the Pampanga Dragons and steered the Philippines to a gold-medal finish in the 2003 Southeast Asian Games.

“His humility and low-key personality prevented him from being in that conversation of the best coaches of the country – that was wrong. He was incredibly underrated and certainly should have been.”

Del Rosario mentored the Perpetual Altas in the NCAA for 4 seasons and wrapped up his coaching career with the Parañaque Patriots in the Maharlika Pilipinas Basketball League in 2018. – Rappler.com