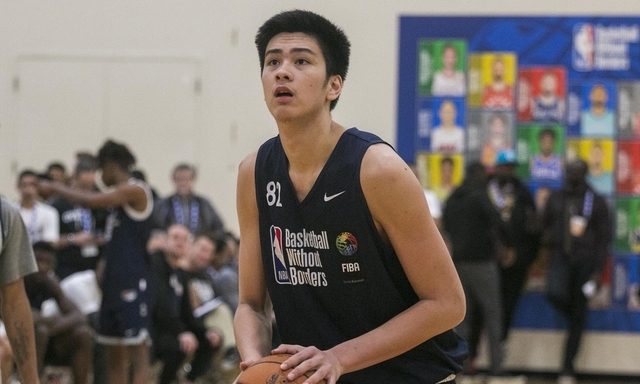 MANILA, Philippines – Kai Sotto is gradually turning heads in the USA and he has his own mini documentary to show for it.

Sotto, a 7-foot-2 big man, was recently featured by Bleacher Report in a five-minute video revolving around his path to trying to become the first homegrown Filipino player to make it into the NBA.

After leading the Ateneo Blue Eaglets to a UAAP championship all the while being hailed season MVP in 2018, Sotto decided to train in the USA to improve his chances of fulfilling his NBA dreams.

“He’s a legit 7’2 so it was just a breath of fresh air to work with somebody whose goals are so unreached but also knows – and is willing – to put the work in that it’s going to take to get there,” Johnson said.

Boswell said they are gearing up Sotto to handle the physicality and the pace in the NBA, where he will face players just as tall and talented as he is.

“I see Kai is somebody with a world of potential and the sky is really the limit but also, there’s a short time to get there and it has to be deliberate in making those goals achievable,” Boswell said.

“[A]s long as he continues to move forward and progress, he got every opportunity in the world to be a good NBA player.”

Sotto has visited a number of NCAA Division 1 schools, including the University of Kentucky, and he admitted it took time for him to get used to the process of college recruitment in the USA.

“[W]hen I came here, I just got a little shocked that things are happening so fast and I just have to be ready for it,” Sotto said.

Although a number of Filipinos fell short in reaching the NBA, Sotto is determined to make history.

“I want to show the Philippines is part of the basketball world,” Sotto said. – Rappler.com