‘Back to square one’: Olympic delay puts Japan in a spin 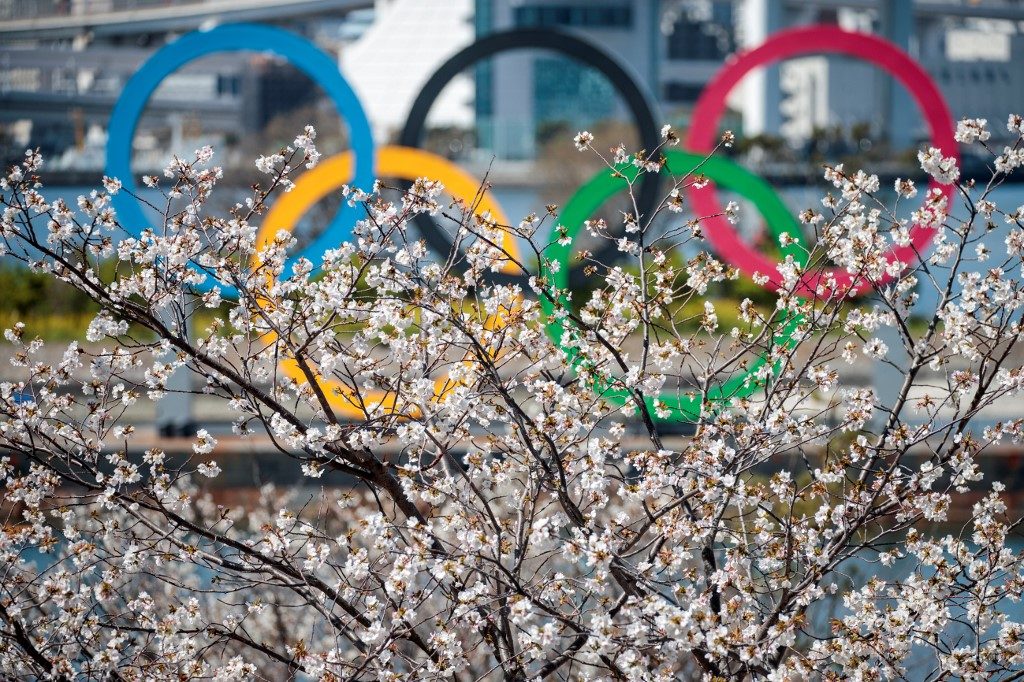 Facebook Twitter Copy URL
Copied
After postponing the Olympics to 2021, Tokyo starts working on an 'unprecedented' and complex task

TOKYO, Japan – Rescheduling the Tokyo 2020 Olympics will involve “massive” additional costs, organizers of the Games conceded Thursday, March 26, as they convened a task force to begin working on the “unprecedented” and complex task.

The historic decision to postpone the Games over the new coronavirus outbreak leaves organizers with a logistical headache as they work to shift the enormous event to an as-yet-undecided date next year.

“One by one, we need to ensure the problems we face can be solved,” Tokyo 2020 CEO Toshiro Muto said in opening remarks at the first meeting of the task force.

“Additional expenses are going to be quite massive we assume. With regards to our revenues, we need to make a lot of effort there,” he added.

Muto gave no estimates for how much the process of postponing the Olympic and Paralympic Games could cost.

But according to the Nikkei daily, organizers estimate it will cost an extra $2.7 billion, including for venue rentals, rebooking hotels and additional payments for staff and security guards, among others.

Those costs could still come down depending on the outcome of negotiations, the business daily reported.

Muto said organizers would not rip up their existing plans, but added: “I guess we need to step back a bit.”

“Sometimes you need to go back to the drawing board,” he said.

There was still shock and disappointment in Japan, where the Games have been promoted as the “Recovery Olympics” intended to showcase reconstruction after the devastating 2011 earthquake, tsunami and nuclear disaster.

The Nikkei business daily said Japan had avoided the worst-case scenario of a cancelation, but “it is like all the efforts of the last 7 years are now back to square one”.

“It is inevitable that huge additional costs will emerge,” it added.

The Tokyo Shimbun headlined its coverage “surprise and embarrassment,” but conceded in an article that the situation left organizers and Olympic officials with few options.

“Choosing a one-year postponement was a decision taken by a process of elimination,” the paper said, with an Olympics this year seen as too risky and a longer delay to 2022 likely to be too expensive.

The newspaper expressed disappointment with the way the IOC handled the decision, clinging for weeks to the line that the Games could still open as scheduled on July 24, before reversing course.

“We didn’t see the strong leadership that had been hoped for,” the paper said.

Athletes in Japan said they were disappointed, but committed to training towards the rescheduled Games.

“Honestly speaking, my mind is still spinning,” sports climber Akiyo Noguchi wrote in a post on her Instagram page.

“But I’m taking it positively since I’ll be able to spend more time doing the sport I love,” added Noguchi, who plans to make the Tokyo Games her last Olympics.

“I will spend the time I have been given to be stronger both physically and mentally,” she added.

“For now, I hope the world will overcome this situation as soon as possible, and that the Olympics will be held in Tokyo.”

The Olympics have never faced this much disruption in peacetime, and the decision to delay the event has created unprecedented challenges, Tokyo 2020 president Yoshiro Mori said. (READ: Only war has canceled Olympics)

Tokyo 2020 staff “will experience difficulties they have never experienced before. I am sure they will rise to the occasion. This is going to be a very difficult task that we are facing,” he said.

No deadlines have yet been set for the rescheduling of the Games, which are now due to take place by summer 2021, but Mori said he would ensure “all the decisions are made as quickly as possible”.

Muto underscored the scale of the task ahead, saying even he “didn’t imagine at all we would be tested to this degree.”

“We want to make sure we go beyond this test and that next year in Tokyo, the torch is lit for the Olympic and Paralympic Games. We believe this is the mission we face.” – Rappler.com