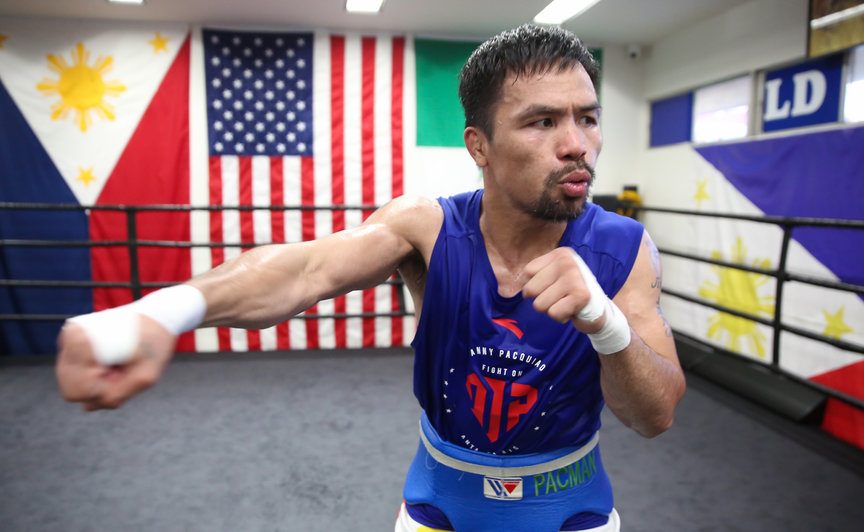 Facebook Twitter Copy URL
Copied
Mikey Garcia, who served as sparring partner to Manny Pacquiao over a decade ago, is no stranger to the Filipino icon’s speed and power

MANILA, Philippines – Mikey Garcia is banging the gong to forge a fight with Manny Pacquiao this year.

Will the eight-division world champion hear him out?

The answer hangs because of the worldwide COVID-19 scourge.

What’s certain is Garcia, a four-division world champion, is among the front runners in the race to become Pacquiao’s next opponent.

The 5-foot-10 Spence thoroughly dominated Garcia, handing the American of Mexican descent his first loss in his initial foray in the 147-pound division.

Against Pacquiao, however, Garcia feels he’ll be up to the challenge as they both came from lighter divisions and are both 5-foot-6.

Garcia, now 40-1 with 30 knockouts, is no stranger to Pacquiao’s speed and power, having served as sparring partner of the Filipino icon in his grudge fight with Erik Morales in 2006.

According to Garcia, he was around 18 years old that time and acquitted himself in their sparring sessions which lasted up to 9 times in some instances.

Now 32 and also vastly experienced, Garcia said if the fight with Pacquiao pushes through, he’ll be applying the same style Juan Manuel Marquez applied against Pacquiao in their 4 bouts which ended with two wins, one loss, and one draw for the Fighting Senator.

Unless the COVID-19 pandemic flattens out soon, Garcia’s dream will remain unfulfilled. – Rappler.com