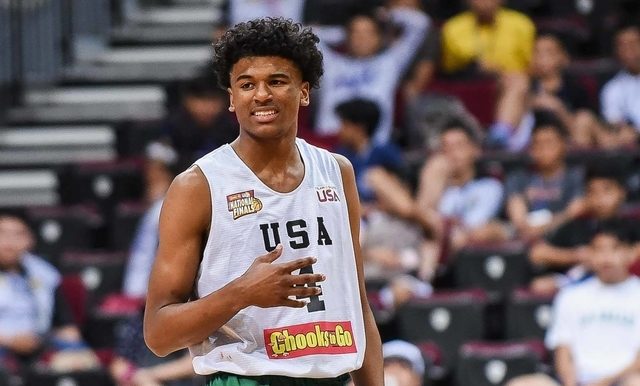 MANILA, Philippines – Filipino-American Jalen Green will not play for any school in the US NCAA as he decided to take the G League route to the NBA.

Green, ranked No. 1 by ESPN in the class of 2020, received offers to play for the Auburn Tigers, Memphis Tigers, and the National Basketball League in Australia but turned them down for the G League.

“It has been crazy and exciting experience for me and my family. A lot of opportunities came. But the ultimate end goal is to get to the NBA,” Green said in a video posted on his social media accounts.

“That being said, I decided to partner with the NBA G-League new team for elite players,” he revealed.

blessing from the man above pic.twitter.com/TItfZTSX85

Shams Charania of The Athletic reported Green will earn in the range of $500,000 from his G League deal, with more coming from endorsements.

Jalen Green’s NBA G League deal is expected to be in range of $500,000 and an ability to reach more with endorsements, appearances and education, sources told @TheAthleticNBA @Stadium. https://t.co/T3DDuw8OkR

With the development, the G League has become a new path to the NBA where prospects will get paid, unlike in the NCAA.

Green, whose Filipino roots traces back to Ilocos Sur, saw action in the Philippines in the last two years as a member of FilAm Sports USA in the NBTC.

He paid tribute to his Filipino heritage as the announcement of his jump to the G League included the Philippine flag symbols of 3 stars and a sun. – Rappler.com