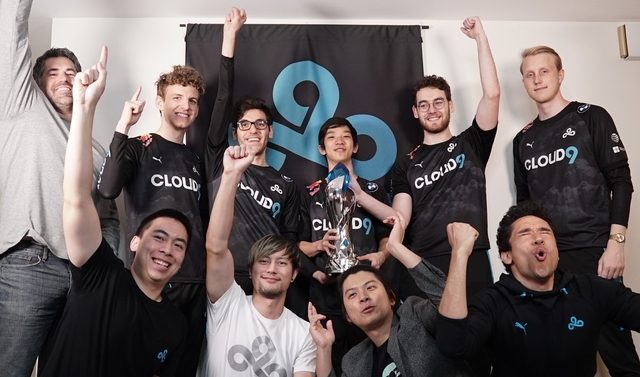 G2 Esports proved that it is still the best team in Europe as it dismantled its longtime rival Fnatic, 3-0, in the LEC Spring Split finals.

The 2019 Worlds finalist, which took the long route to the finals after losing to MAD Lions early in the playoffs, banked on its patented fiesta game style to take its seventh European title – the most in the league and tied with Fnatic.

Attack damage carry Rasmus “Caps” Winther and mid laner Luka “Perkz” Perkovic led the charge in Games 1 and 2 for G2 as they dealt the damage with their Kog’Maw and Azir, respectively, in the back line.

Except for top laner Gabriel “Bwipo” Rau dying twice in the first 4 minutes, Fnatic had a great early game in Game 3 with successful ganks in the bot lane, but G2 countered by catching several players mispositioned.

The top-seeded squad finally got a team fight around the Baron pit in the 24-minute mark of the game to somewhat tip the momentum to its side.

G2 then turned to Baron after picking up two kills in the mid lane.

Fnatic stalled its rival’s first potential series-clinching push, but G2 regrouped in the top lane and destroyed its opponent’s base to secure its third straight regional title.

Over in the LCS, Cloud9 capped off its dominant run in the split after sweeping FlyQuest in 3 games.

Cloud9, which finished the elimination round with only one loss, showed why it is the best team in North America after taking the first two games in stellar fashion thanks to fantastic performances from support Phillippe “Vulcan” Laflamme and attack damage carry Jesper “Zven” Svenningsen.

A celebration six years in the making #C9WIN #LCS pic.twitter.com/vrKgQ7ASwk

FlyQuest, though, came out with a bang in Game 3 as it kept ganking Yasin “Nisqy” Dincer in the mid lane. Poised for a clash around the dragon pit, FlyQuest deleted jungler Robert “Blaber” Huang before the fight broke out.

Despite that disadvantage, a big Equalizer from Nisqy’s Rumble followed by damage from Sven’s Aphelios and a front lining Aatrox from top laner Eric “Licorice” Ritchie gave Cloud9 the turning point that it needed to complete the sweep.

.@FlyQuest start the fight with a kill, but @Cloud9 turn it around and take down three! #LCS

Cloud9 ended the split with its first championship since 2014 and became the winningest team in LCS history with a win percentage of 92.9.

G2 Esports and Cloud9 have now booked a spot in the 2020 Mid-Season Invitational, but whether the MSI will push through in July remains uncertain. – Rappler.com