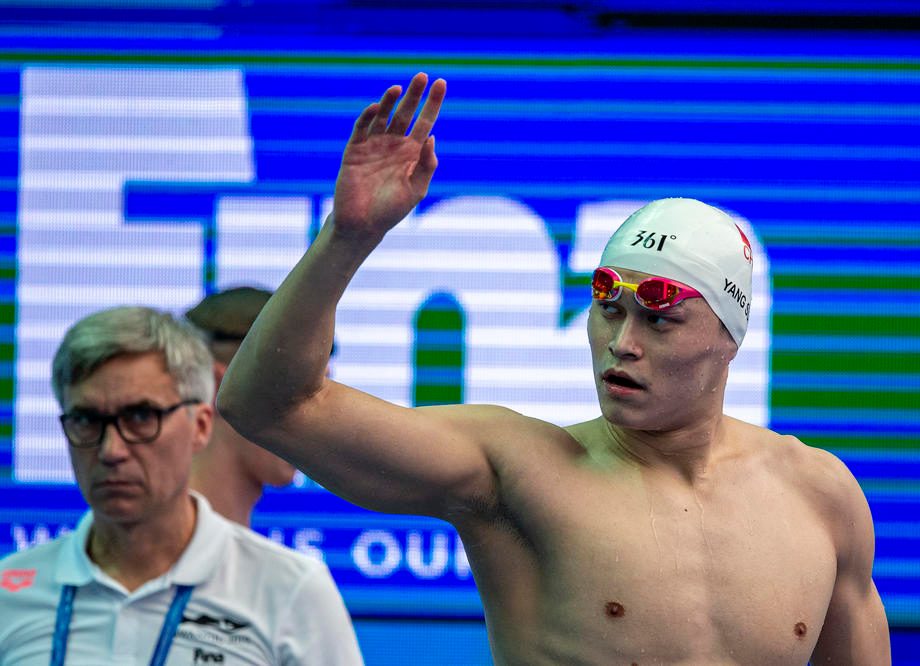 Facebook Twitter Copy URL
Copied
Unless he is successful with the appeal, Sun Yang will not be eligible for the Tokyo Games in 2021 and his career will effectively be over

LAUSANNE, Switzerland –Disgraced Chinese swimming star Sun Yang has lodged an appeal against his eight-year doping ban with the Swiss Federal Tribunal (SFT), according to a report which has been confirmed to AFP by a source close to the case.

Sun, who also served a three-month doping suspension in 2014, was found guilty of refusing to give a doping sample and banned for 8 years by the Court of Arbitration for Sport (CAS) in February, upholding an appeal by the World Anti-Doping Agency (WADA) against swimming’s governing body FINA.

All decisions made by CAS can be appealed to the SFT.

Unless he is successful with the appeal, Sun will not be eligible for the Tokyo Games in 2021 and his career would be effectively over.

The SFT did not confirm the information, but according to the report, “a case file has been opened with a number attached to the ‘Sun Yang Case'”.

Sun remains suspended from competition during the appeal.

Magazine Swimming World reported on Monday, May 4 that Sun’s lawyers had filed the appeal with a day to spare on April 29.

The three-time Olympic champion has previously seen two appeals rejected by the SFT before the CAS decision.

A vial of Sun’s own blood sample was smashed with a hammer during a testing session in 2018, but the swimmer was acquitted by FINA of anti-doping violations, agreeing that testers had failed to produce adequate identification.

But the ruling outraged WADA which took the matter to CAS, demanding a ban of between two and 8 years for missing the out-of-competition test.

The Chinese Swimming Association (CSA) said after CAS announced Sun’s ban that it supported the 28-year-old and encouraged Sun to “continue to safeguard his legitimate rights”.

Sun has been widely criticized by other swimmers, with some rivals refusing to share a podium with him during the 2019 world championships.

Last month, WADA demanded answers after Sun was called up for national training for the Tokyo Olympics in an apparent breach of his ban.

The CSA said the notice naming Sun for the training was “invalid”.

Sun has kept a low profile since he was banned.

The medals he won at last year’s world championships, including two golds, remain on his list of honours after CAS said it could not retrospectively strip him of titles.

A lawyer for Sun said in February he would appeal.

“February 28, 2020 was a dark day. It shows the scene where evil defeats justice and power replaces self-evident truths,” Beijing lawyer Zhang Qihuai said in a statement the day after CAS announced the swimmer’s ban. – Rappler.com