Candid Jordan: What surprised ‘The Last Dance’ director the most?

May 6, 2020 9:59 PM PHT
Delfin Dioquino
Facebook Twitter Copy URL
Copied
Michael Jordan opens up to 'The Last Dance' director Jason Hehir about the most controversial parts of his basketball career and personal life 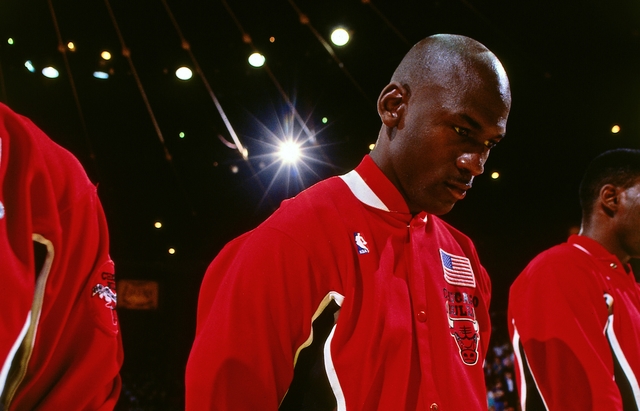 MANILA, Philippines – NBA legend Michael Jordan discussed in great detail even the most controversial parts of his basketball career and personal life in the 10-part documentary The Last Dance.

Jordan opened up about his hate for Isiah Thomas and the Detroit Pistons, his gambling habits, his severed relationship with the late Chicago Bulls general manager Jerry Krause, and many more.

But for The Last Dance director Jason Hehir, the “most surprising moment” for him from the miniseries was Jordan admitting his Bulls teammates during his rookie year took drugs, particularly cocaine.

“I recited to him a writer’s description of those early Bulls teams as the Chicago Bulls’ traveling cocaine circus. You saw that in Episode 1.”

“He threw his head back and laughed in a way that I’ve never heard him laugh before and I’ve looked at just about every frame of footage that exists of Michael Jordan. So it was surprising to hear the laugh.”

“And then he went a step further and offered an anecdote about what it was like for a kid like him to come from the [University of North Carolina] program at Chapel Hill under Dean Smith and come into this environment and to be in that hotel room in Peoria, Illinois and see the things that he saw.”

Jordan did not hold back when he narrated what transpired the night he discovered his teammates gathered in one room.

“So the first thing I said, ‘Look man, I’m out,’ because all I can think about is if they come and raid this place, I’m just as guilty as everyone else in this room. And from that point on, I was more or less on my own.”

For Hehir, the revelation was a turning point for the documentary.

“That was an indication to me that he was willing to be candid and forthcoming and engaged in the process,” Hehir said.

Hehir said making Jordan “as human as possible” was his goal as the man widely regarded as the greatest of all time is often only remembered for his success and dominance on the hardwood.

“If all we do is mythologize him and show his on-court exploits and the only image you have of Michael is in a Bulls uniform winning championships, it’s not going to change your view with him, it’s not going to make you appreciate him any more or less, [and] you won’t have learned anything.”

“But if you’re entertained and you’re educated about what kind of person he is, then that makes for a compelling viewing experience.”

Episodes 7 and 8 will stream on Netflix on Monday, May 11, with teasers showing they will center on Jordan retiring from the NBA for the first time and his relationship with his teammates. – Rappler.com