May 9, 2020 3:13 PM PHT
Agence France-Presse
Facebook Twitter Copy URL
Copied
The NBA mulls resuming its season in just one or two sites, with Orlando and Las Vegas being the frontrunners 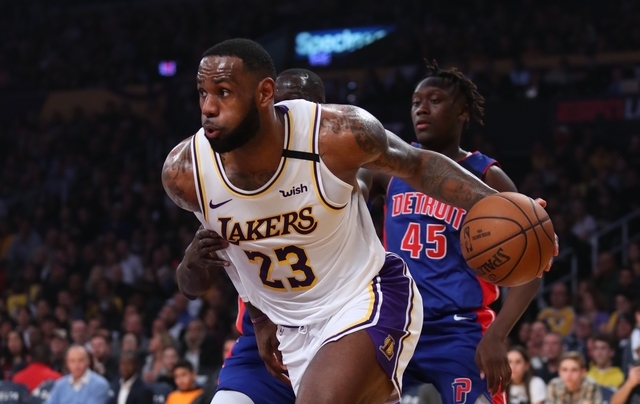 LOS ANGELES, USA – Adam Silver said Friday, May 8, a decision on when the NBA can restart could come sometime in June with the league looking to play out of one or two hubs with Orlando and Las Vegas being the lead contenders.

Speaking in a conference call open to all NBA players and designed to update them on the league’s status among the coronavirus pandemic shutdown, the league commissioner was joined on the call by players’ union executive director Michele Roberts.

Silver told the players that if there is no vaccine the league could end up playing with no fans in the stands into 2021, US media said.

He wants daily testing for all players and those testing positive quarantined. The games would go on with officials making sure the others were all constantly being monitored and tested.

With travel problematic amid social distancing and stay-at-home requirements in a number of American states, the league believes it would be safer to return to action in just one or two sites, with Orlando and Las Vegas being the frontrunners.

“There’s no point in adding risk for flying all of you city to city if there’s not going to be fans. We think it would be safer to be in a single location, or two locations, to start,” he said in a recording of the call obtained by ESPN.

Silver also said one of the “single greatest challenges of our lives” was having fans in attendance because 40 percent of the NBA’s revenues come from directly from the games through tickets, sponsorship deals, and concessions.

He said all 30 owners are committed to resuming play and the league is leaning toward a minimum of 3 weeks of training camp ahead of the restart.

But ESPN reported earlier Friday the idea of basing teams in a giant quarantined zone has been met with skepticism by the players.

The proposal floundered after they wondered how the zone would be policed to guarantee isolation.

“When that one was first floated, there was some consternation,” Roberts told ESPN before the call. “Are we going to arm guards around the hotel? That sounds like incarceration to me.”

“So then, the players were like, ‘Well, I don’t know that it’s worth it to be away from my family for that long.'”

“We could do all that, and then what happens when 1 or 2 or 10 players test positive after that 28-day isolation? Do we shut it down?”

Reports last month said the NBA had studied the feasibility of staging the entirety of the postseason in a locked down part of Las Vegas.

The NBA has been in shutdown since the global pandemic brought sport to a standstill, forcing the suspension or postponement of every professional league in North America.

Silver also said Friday that when the NBA season was halted on March 11 after Utah Jazz center Rudy Gobert tested positive, Gobert was not the first player to be tested. He was just the first to test positive.

Friday’s conference took place on the same day that teams are being allowed to reopen practice facilities for limited workouts, which will take place under strict safety protocols.– Rappler.com