May 11, 2020 3:28 PM PHT
Roy Luarca
Facebook Twitter Copy URL
Copied
China clinches the title by virtue of its runaway victory in the double round robin group stage of the six-team $200,000 tournament 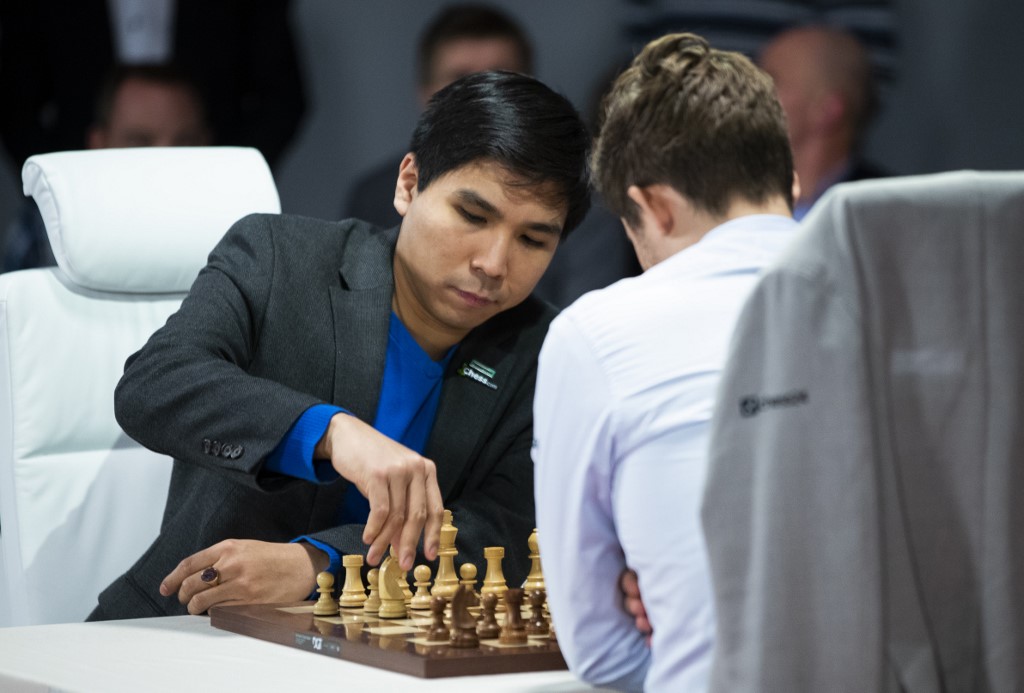 MANILA, Philippines – China could only draw with the United States, 2-2, in their final encounter on Sunday, May 10, but it was enough for the top seed to rule the FIDE Chess.com Online Nations Cup.

The powerhouse Chinese clinched the title by virtue of their runaway victory in the double round robin group stage of the six-team $200,000 tournament.

Yu Yangyi exacted revenge over Philippine-born Wesley So on board 3 to compensate for Wei Yi’s loss to Fabiano Caruana on board 2.

The games pitting Ding Liren against Hikaru Nakamura on board 1 and Hou Yifan against Irina Krush on board 4 ended in draws as the Chinese pocketed an additional $24,000 apart from the $24,000 given each team by the organizing International Chess Federation.

The fourth-ranked Americans got an additional $12,000.

Showing the depth that enabled them to clinch the Open and Women division crowns of the 2018 Batumi Chess Olympiad, the Chinese won 8 of their 10 matches, drew with Russia, and yielded to the US in the last round for a match point total of 25.5, way ahead of the Americans’ 22.

The Chinese were particularly deadly on board 4 where four-time world women champion Hou Yifan and current women world champion Ju Wengjun alternated. Hou posted 4 points in 5 games while Ju tallied 3.5 in the other 5 for a total of 7.5.

In contrast, their board 4 counterparts in Team USA, Irina Krush and Anna Zatonskih, could tally only 3.5, all from Krush.

Caruana emerged the best performer for the Americans with 6.5 points in 9 games, followed by So with 5.5 in 8 games and Nakamura 5.5 in 10. Leinier Dominguez Perez scored 1 out of 5.