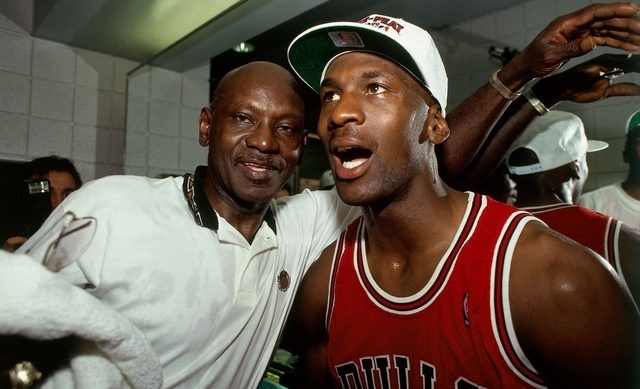 MANILA, Philippines – In the latest episodes of The Last Dance, basketball fans witnessed Michael Jordan’s raw emotions and his attempt to translate his greatness from the basketball court to the baseball field.

NBA stars and sports personalities reacted to Jordan’s retirement and baseball career, while others got emotional at the end of Episode 7 when he won his fourth championship ring on Father’s Day.

Los Angeles Lakers superstar LeBron James tuned in to Week 4 of the documentary and said he teared up when Jordan retired in 1993 after his first three-peat.

After a series of stressful and unfortunate events – his gambling addiction issue and the brutal death of his father James – Jordan decided to turn his attention to baseball to pursue his childhood dream of becoming a Major League player.

Utah Jazz star Donovan Mitchell said he would have wanted to see more baseball games of the NBA great, while Cleveland Cavaliers forward Kevin Love was impressed with Jordan’s decision to pursue baseball.

MJ’s idea of pressing the reset button — just relentlessly pursue being the best at another major sport.

Jordan’s baseball career did not last long as he decided to return to the NBA after a year and a half, announcing his comeback with only two words that became one of the most famous lines in sports history: “I’m back.”

Since the beginning of the series, Jordan has been portrayed as a leader who squeezed the best out of his teammates during practices with his tough love.

At the end of Episode 7, Jordan teared up while he talked about the winning mentality he wanted to see from his teammates.

Perfect way to end that episode. You can see his passion for winning #TheLastDance

Last 3 minutes of episode 7 of #TheLastDance so damn powerful.

Still can’t get over the final minutes of episode 7…More than 20+ years later, the man cried talking about how hard he wanted his teammates to work. Respect. #TheLastDance

One of Jordan’s teammates, though, did not back down from his rough attitude.

Golden State Warriors head coach Steve Kerr, who was the Bulls’ point guard back then, told the story of him and Jordan figuring in a fight during one of their practices – an incident that eventually made their relationship better.

Kerr spoke the only language that MJ understood. #TheLastDance

Episode 8 of the series centered on the Bulls’ capping off their historic 72-10 season with a victory against the Seattle Supersonics in the 1996 NBA Finals.

It was Father’s Day, and Jordan became emotional after winning his first title without his father James by his side.

San Antonio Spurs star DeMar Derozan said there is no reason to hate the Bulls legend after watching the iconic scene of Jordan crying on the floor while hugging a ball.

Can’t do nothing but love Jordan even more after this!

home game to close out the greatest season of all-time on Father's Day only three years after his dad's passing. even God was losing that by double digits.

One of the biggest stories of this week’s episodes was the rivalry between Gary Payton and Jordan. In his interview, Payton said that his defense took a toll on Jordan in the 1996 NBA Finals.

Extremely competitive, Jordan laughed it off, giving fans the meme of the week.

YOOOOO HES LAUGHING HIS ASS OFF AT HIM!!!!

“The glove…I had NO problem with the glove”… Jordan gives zero F’s….#TheLastDance