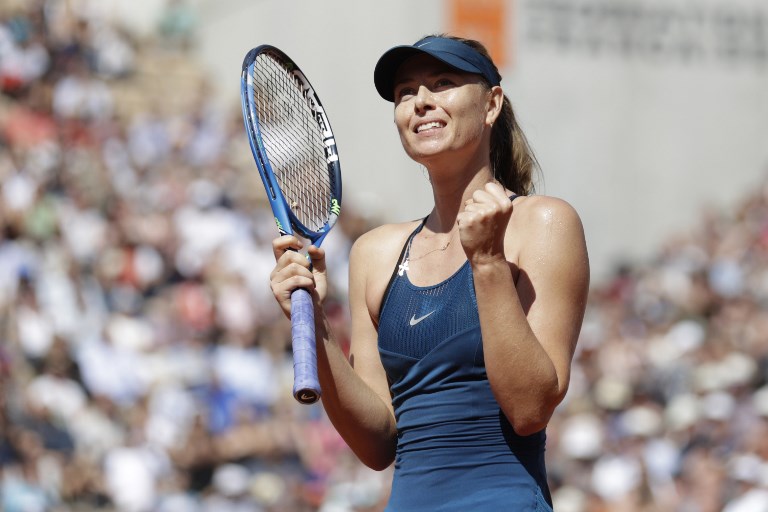 MANILA, Philippines – As the world of sports finds itself at a standstill, tennis superstar Maria Sharapova believes she retired at a “good time.”

After crashing out of the opening round of the 2020 Australian Open, the Russian star was already thinking of retirement until she made the decision final in an article for Vogue and Vanity Fair magazines last February.

“I can say it was really good timing because I’d be sitting here in this situation, and thinking about what do I train for, what is my next competition, and there’s so many question marks around sports in general,” said Sharapova in the Future of Entrepreneurship webinar hosted by The Wall Street Journal, which Rappler joined on Wednesday, May 13.

With Wimbledon canceled for the first time since World War II and Roland Garros postponed to the end of September,  Sharapova said the uncertainty would have affected how she would prepare for future Grand Slams.

“From a sport where we play and compete for 10 months out of the year, we’re always on this edge and we’re always holding this tightness in our body, we’re always ready to go for something,” added the five-time Grand Slam champion.

But Sharapova revealed she had been ready for life after tennis as she ventured into business and felt her recurring shoulder injury had been signaling her retirement.

“I was ready to go and I was ready for 2.0 and what you know I certainly have a lot of vision on what that looks like,” said the former world No. 1.

Now, Sharapova manages her candy business Sugarpova, which sells chocolate, gummies and truffles in the US.

While her business does well amid the economic effects of the coronavirus pandemic, Sharapova can’t help but reflect on her 28 years of tennis, and how this can help build her future.

“As I think of the past and how long it took me to become a champion at my sport, [and] for whatever I’ll choose to do next, I certainly have a few opportunities that I’m working on.  It will take time and I’m using this time at home to work on that and build on that.”

Sharapova shot to fame as a giggly 17-year-old Wimbledon winner in 2004, the third-youngest player to conquer the All England Club’s hallowed grass courts.