Running with the Bulls, flying with His Airness 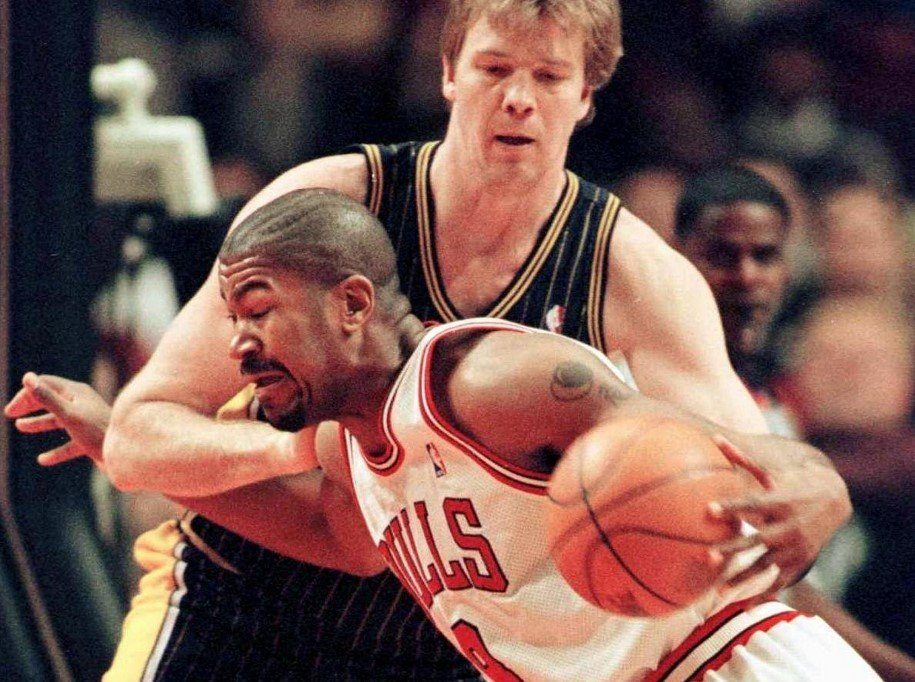 MANILA, Philippines – There have been a number of PBA imports who had the opportunity to play with Michael Jordan and the Chicago Bulls. Some even had the good fortune of earning NBA championship rings.

Let us look at the imports who, before coming over to the Philippines, had the privilege of sharing the court with His Airness.

Simpkins played 60 regular season games in a Bulls’ uniform from 1995 to 1996 and 48 games the following year. Both seasons, he was not included in the Bulls’ playoff rosters.

After being traded to the Golden State Warriors in 1997, he rejoined the Bulls that same season and played 21 regular season games. He was finally part of the team’s playoff roster. He played 13 games in the playoffs as the Bulls won their last championship of the Jordan era.

Simpkins played for Alaska in the 2005 Fiesta Conference. He played 19 games for Alaska but failed to lead the team to the semifinals.

Burrell was the player Simpkins was traded for at the start of the 1997-1998 season. He was a key piece in the Bulls rotation that season. He saw action in 80 regular season games where he averaged 5.2 points. He saw action in all 21 playoff games for Chicago as they won their second three-peat.

Burrell led Red Bull to the best record of the 2003 PBA 3rd conference. However, he was slowed down by an old injury which he chose to play through. Red Bull fell to Talk ’N Text in the quarterfinals.

Hopson was injured before the start of the 1996 Governor’s Cup. Purefoods decided to get a temporary import, Mark Anthony Hill, to fill in for the first 3 games. Hopson finally played during the team’s fourth game but was subsequently released by the team.

Hopson was picked 3rd in the 1987 NBA draft by the New Jersey Nets, ahead of Scottie Pippen, Reggie Miller, Kevin Johnson, and Horace Grant.

Playing mostly as Jordan’s back-up, he saw action for the Bulls in 61 games during the regular season and 5 games in the playoffs as the Bulls won their first NBA championship in 1991.

English replaced the Purefoods import who replaced Hopson in the 1996 Governor’s Cup. Like Hopson, English would only play one game for the squad as he was hobbled with an old injury.

English played 6 games for the Bulls during their three-peat run in 1993. He was not part of the playoff roster of the Bulls that season. He played two more seasons for the Bulls from 1993 to 1995.

Wood once shared in an interview that in his rookie year with the Bulls, he was ordered by Jordan to carry his bag. Wood checked with the Bulls front office if he was obliged to carry other players’ bags. He was told it was not the policy of the organization. When Wood told Jordan about it, His Airness replied “I am the organization.”

Wood only played two games with the Bulls. Two seasons later, he played all 82 regular season games as a part-time starter for the Houston Rockets. He played 7 seasons in the NBA for 8 different teams.

White was picked 10th in the second round the same year the Bulls traded for Scottie Pippen in the draft. White played a total of one minute in two games for the Bulls and failed to register any statistic.

He eventually moved that same season to the New York Knicks where he played 12 games. He transferred yet again in his rookie year to Golden State where he saw action in 35 games. He joined Presto as a replacement for George Almones.

Young played in the PBA in 1986 before earning a roster spot with the Bulls that same season. He replaced Fred Reynolds as Shell’s big import and teamed up with Dexter Shouse. The squad failed to make the semifinals of the conference.

Young did not really get to contribute much to the Bulls’ cause. He only played an average of 4 minutes in 5 games. He joined Portland the next season but he was rarely used and played just 4 games for the Blazers.

Cofield was a replacement import. He joined Ginebra in the semifinals where they defeated San Miguel, 3-1. After going down 0-3 in the finals against Alaska, Ginebra replaced Cofield with Derick Rucker.

Cofield played just 5 games for the Bulls. He logged 5.4 minutes per game, mostly when the games were already decided. He had a better stint the previous season with the New York Knicks when he played 45 games.

Holton played 25 games for the Bulls who lost Jordan to injury during the regular season. Holton averaged a modest 7.1 points per game. He was, however, not lined up for the playoffs when Jordan came back.

Holton was the third import to team up with Jeff Collins for Great Taste in the Reinforced Conference where they lost to Tanduay in the finals. He is currently a TV analyst for the Portland Trail Blazers.

Matthews was an eight-year NBA veteran when he joined Ginebra. He won Best Import honors but fell short in the finals against Sean Chambers and Alaska in the 1991 PBA 3rd Conference.

Matthews was a five-year veteran on his fourth NBA team with the Bulls when Jordan entered the league. Matthews was part of the team’s regular rotation. He logged an average of 19.5 minutes in the 78 games he played in the regular season and normed 5.7 points and 4.5 assists.

Whatley was a teammate of Matthews with the Bulls. Whatley played 70 regular season games in the 1984-1985 season and averaged 5.4 assists per game, second only in the team to Jordan’s 5.9 assists. He also scored 5 points a game.

Whatley came in as a replacement for Keith Smart as San Miguel’s import in the 1989 PBA 3rd conference. He teamed up with Ricky Brown, Samboy Lim, Hector Calma, and Ramon Fernandez to lead the Beermen to the Grand Slam. – Rappler.com