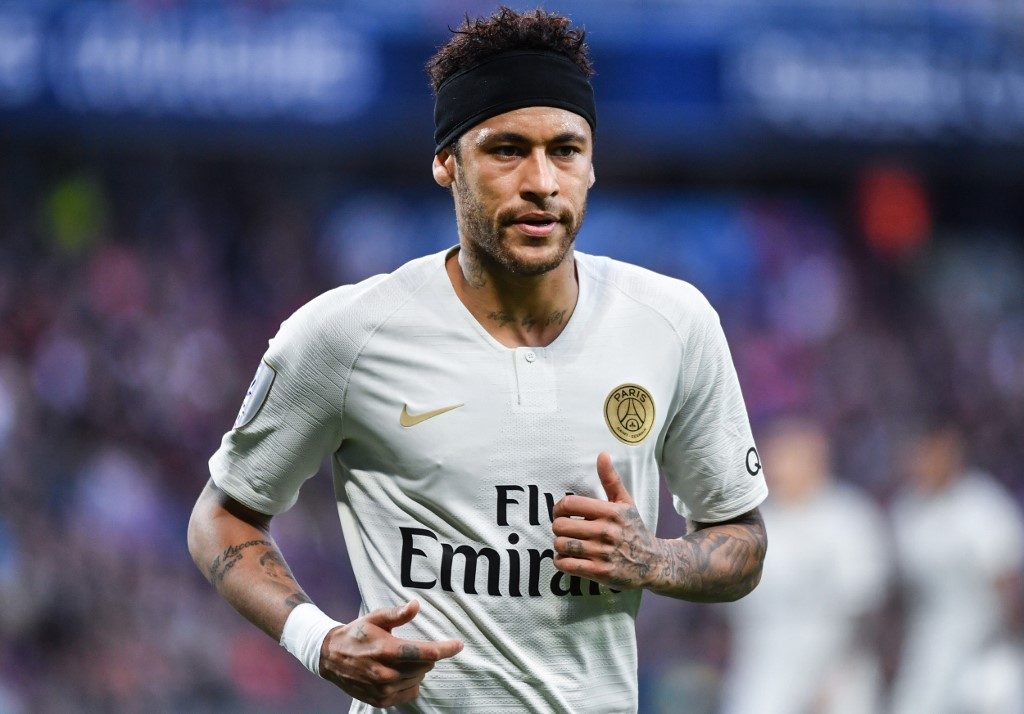 Facebook Twitter Copy URL
Copied
In an audio recording, Neymar can be heard using an anti-gay slur against his mother's new 22-year-old boyfriend

SAO PAULO, Brazil – A Brazilian gay rights activist has filed a criminal complaint against Neymar for homophobia, after the football superstar called his mother’s boyfriend an anti-gay slur in comments leaked to the media.

The Sao Paulo prosecutor’s office confirmed to AFP it had received the complaint, which it must now examine to decide whether to open a case against the Paris Saint-Germain and Brazil star.

Neymar’s communications team declined to comment on the complaint.

The case was brought by activist Agripino Magalhaes, who said on Instagram he planned to press charges against Neymar and his friends for “criminal homophobia, hate speech and death threats” over comments made in a private conversation on a gaming site.

In the audio recording, Neymar, 28, can be heard using slurs against his mother’s new boyfriend, Tiago Ramos, as he and his friends discuss a supposed fight between the couple.

Ramos, 22, and Neymar’s mother, Nadine Goncalves, 52, announced in April they were dating.

Brazil’s tabloid press was soon running lurid stories about Ramos, a model who is openly bisexual.

Neymar and his friends were discussing rumors that the new couple had had a violent fight, after Ramos was hospitalized last Tuesday with arm wounds sustained at Goncalves’s house, according to police.

Neymar said his mother had lied to her family, indicating he did not believe her story that Ramos had tripped on the stairs and cut himself on a pane of glass.

One of his friends can be heard saying that they should assault Ramos with a broomstick in the anus.

Neighbors reportedly said they heard screaming from a fight at Goncalves’s house the night Ramos was injured.

However, Neymar’s communications team said Ramos and Goncalves had testified before police that the incident was a “domestic accident.” – Rappler.com