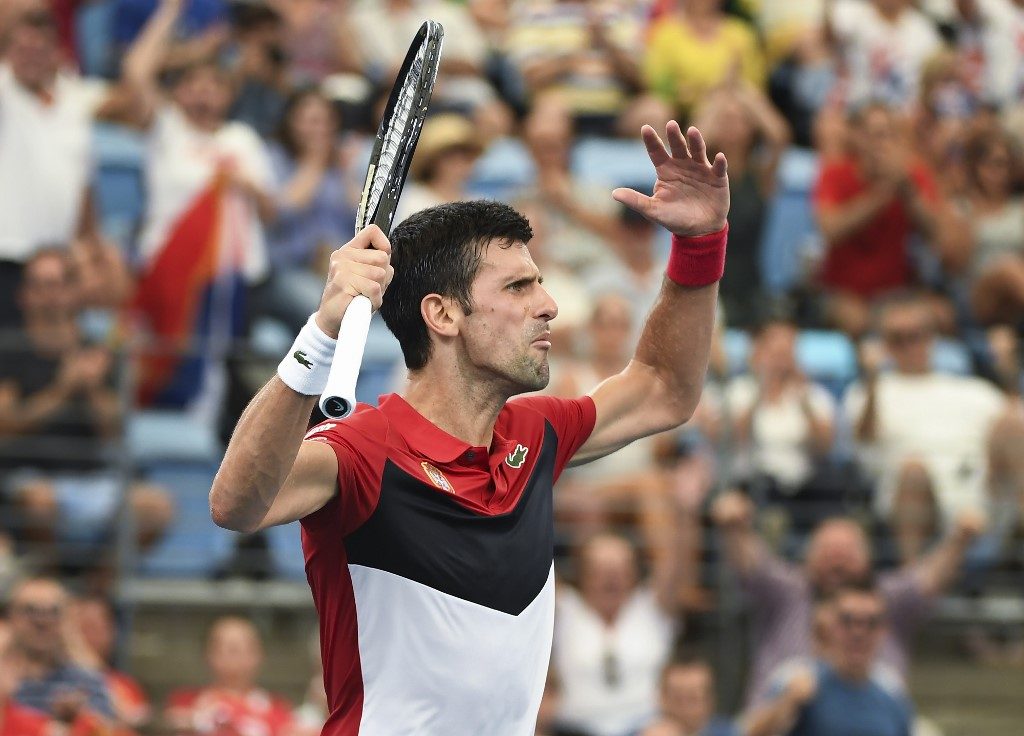 Facebook Twitter Copy URL
Copied
‘Most of the players I've talked to so far have a rather negative view of the possibility of going,’ says world No. 1 Novak Djokovic

BELGRADE, Serbia – Novak Djokovic suggested that his season might resume on clay rather than at the US Open as he repeated concerns about playing in North America.

“Nothing is certain yet, a final decision is expected by the end of the month,” world No. 1 Djokovic told Serbian broadcaster RTS, adding that US Open organizers had to relax their “extreme conditions” or players would wait for the European tournaments.

“For me what seems real at the moment is that the clay court season will continue in early September with Madrid, Rome and a few more tournaments before Roland Garros,” Djokovic, champion at the US Open in 2011, 2015 and 2018, said.

The tennis season has been on hold since mid-March because of the coronavirus pandemic, with Roland Garros postponed and Wimbledon canceled.

The US Open is still scheduled to go ahead, with the main draw starting on August 31.

However, New York was the epicenter of the outbreak in the US and the authorities and organizers have drawn up a list of hygiene rules that Djokovic says may mean taking part may not be worth it.

“At the moment the measures in force are very severe,” he said. (READ: Djokovic worried by ‘extreme, impossible’ U.S. Open health restrictions)

He repeated his objection to the 14-day quarantine period for players arriving in the United States and the restriction to a one-person entourage and his complaint that players would not be allowed to stay in Manhattan but would be housed in airport hotels near the tournament.

“These are pretty extreme conditions and I don’t know if they are sustainable. Most of the players I’ve talked to so far have a rather negative view of the possibility of going,” he said.

“Of course, we would all like to return to the courts as soon as possible and play tournaments, the ones before the US Open and the US Open and I hope they will take place but there has to be a compromise between the organizers and the players. We’ll see if it will happen.”

Women’s world No. 1 Ashleigh Barty has also voiced caution about resuming tennis too soon, saying she needed more information before committing to the tournament. – Rappler.com