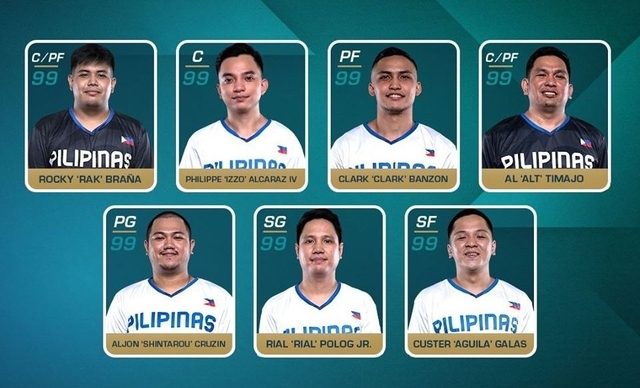 MANILA, Philippines – The Philippines will compete against 16 other nations in the inaugural FIBA Esports Open from June 19 to 21 as the best NBA 2K players showcase their virtual basketball wares.

Polog and Alcaraz both ruled the NBA 2K Asia Tournament, while Banzon and Galas earned spots in the NBA 2K League Asia-Pacific Invitational earlier this year.

All Team Philippines members boast of 99 overall NBA 2K counterparts – the highest rating players can attain in the game.

Games will be played remotely using the Pro-AM mode – with the players allowed to fully customize their avatars, uniforms, and arenas.