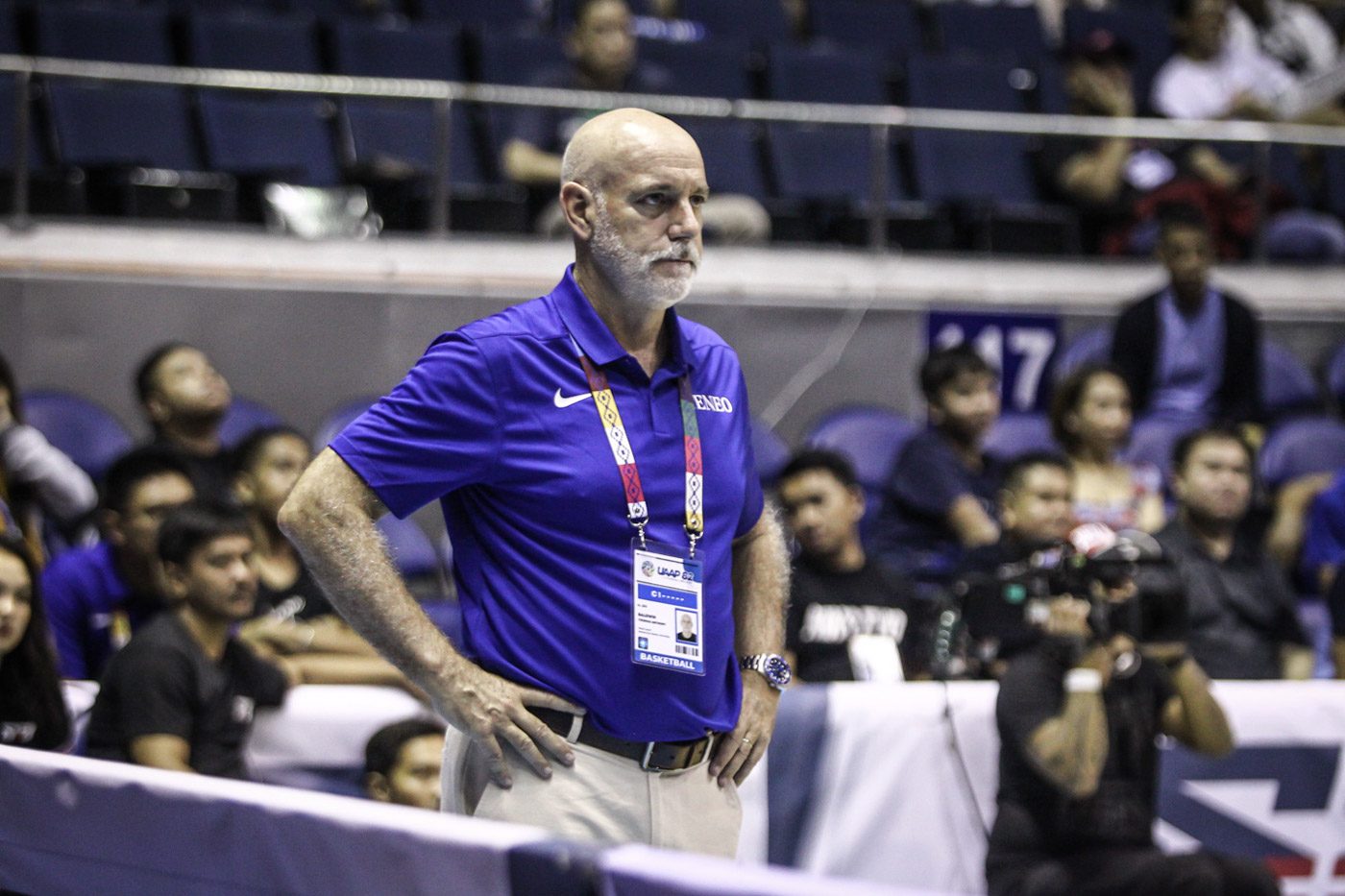 Facebook Twitter Copy URL
Copied
After criticizing the pro basketball landscape, coach Tab Baldwin won’t be around for a few games when the PBA resumes

MANILA, Philippines – The PBA has fined TNT KaTropa assistant coach Tab Baldwin P75,000 along with a three-game suspension on Tuesday, June 16 due to “his comments against the league,” per an official statement.

The development come after the American-Kiwi tactician publicly apologized just a day earlier for his opinions on the Coaches Unfiltered podcast.

Baldwin, who is also the SBP Gilas Pilipinas program director and head coach of UAAP champion Ateneo Blue Eagles, ticked off multiple Filipino coaches with his comments regarding the league’s import system and coaches’ approach to the game.

“[I]f you’re a PBA coach and you don’t tactically run your systems through the import, you’re pretty stupid because they are given all of the advantages,” said Baldwin, who also noted some “flaws” in the pro basketball landscape.

San Miguel Corporation sports director Alfrancis Chua was the first to retort against Baldwin’s comments, followed by his “super friends” coaches Pido Jarencio of the NorthPort Batang Pier and Bonnie Tan of the NCAA’s Letran Knights.

In a recent interview, PBA commissioner Willie Marcial said Baldwin’s comments are “uncalled for” and “detrimental” to the league.

Baldwin will serve his suspension once the PBA resumes operations following the ongoing COVID-19 pandemic.

However, public sentiment has largely been on Baldwin’s side ever since the issue first gained traction.

Comment sections of multiple online media outlets have seen an outpouring of support for the internationally renowned coach as well as renewed criticism regarding the PBA’s politics.

“I didn’t finish watching the [podcast] episode, so I can’t really comment on the specifics, but at the end of the day, everybody’s entitled to their own opinion. That’s all I can say,” Fernandez said.

UAAP executive director Atty. Rebo Saguisag, meanwhile, chose not to take sides due to an admitted lack of knowledge on the issue as a whole.

“It’s important to know the context of what was said,” noted Saguisag. “I never watched it in full nor have I read the transcript in full, so it’s very irresponsible to comment on something that you do not fully appreciate.”

“Insofar as the UAAP is concerned, I’m not aware of any derogatory remark attacking the integrity of the UAAP,” he said. “Whether or not he uttered something that caused a stir among other organizations which he may or may not be a member of, we respect that because that’s their organization.” – Rappler.com