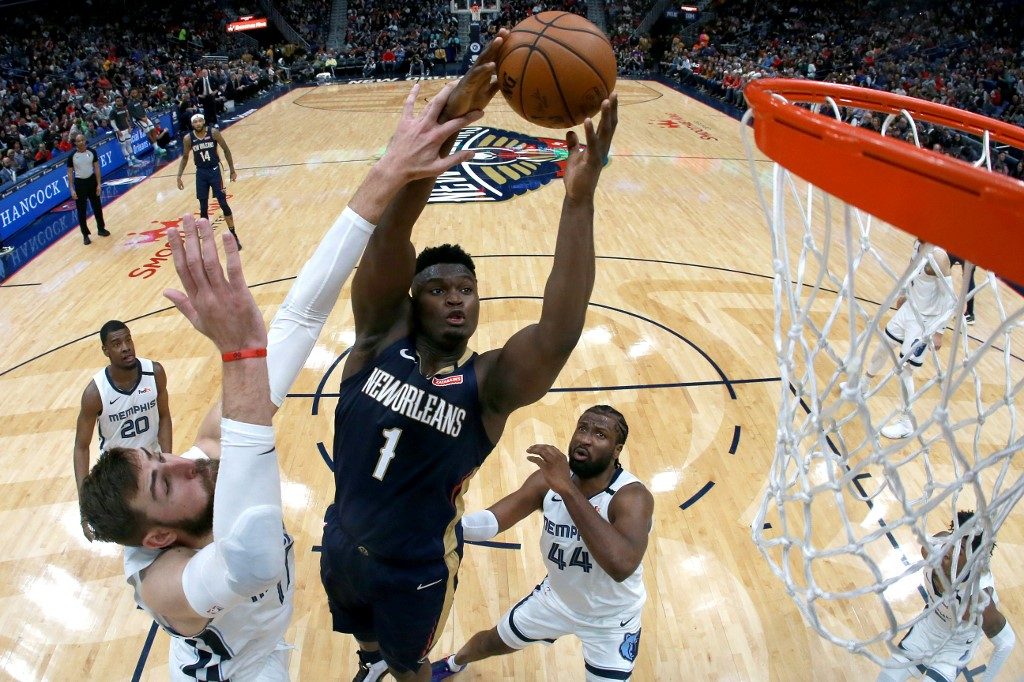 MANILA, Philippines – The New Orleans Pelicans have been one of the most exciting teams to watch in the NBA this season.

This is largely – pun unintended – due to the arrival of the genetic freak Zion Williamson after the Pelicans won the first pick of the 2019 NBA draft.

However, early injuries to Williamson amid expected struggles of a young squad hampered the team’s momentum, which pushed New Orleans out of the playoff picture up to the point of the season’s suspension.

Thanks to the new 22-team alternative format, the league revived the Pelicans’ playoff hopes as they are now expected to be one of the strongest candidates to book the last postseason ticket in the ultra-tough Western Conference.

In just 19 games played so far in his young NBA career, Williamson has proven to have the physique and toughness of a veteran while also having the freakish athleticism a 19-year-old like him is supposed to have.

In that short span, Williamson has averaged a stellar 23.6 points, 6.8 rebounds and 2.2 assists per game on a 59% clip thanks to an endless barrage of powerful dunks that made him a high school and collegiate superstar.

But the offense is far from centered around Williamson alone. Brandon Ingram, the centerpiece of the Anthony Davis trade to the Los Angeles Lakers, is also having the best season of his career down in New Orleans.

At just 22 years old, Ingram is firing on all cylinders with a team-best scoring average of 24.3 points on 47% shooting to go with 6.3 rebounds and 4.3 assists. For his efforts, he was named an All-Star this year for the first time in his career.

These 20-plus points per game scorers enjoy a better life on offense thanks to the facilitating talent of the steadily-improving Lonzo Ball and their elite captain Jrue Holiday –  both of whom are also no-nonsense defenders on the other end.

All in all, these young stars are largely responsible for the team’s 116 points per game average, good for 5th in the NBA.

And with other talent like JJ Redick, Derrick Favors and rookie Jaxson Hayes backing that core group up, the Pelicans at full strength are way stronger than their record shows, and every contender in the West is fully aware of that fact.

In their first 28 out of 44 games without Williamson in the lineup, the Pelicans looked like they had zero interest in competing after amassing a lowly 6-22 record with a 13-game losing streak to get to that mark.

However, their fortunes vastly changed with the arrival of their most prized prospect as they proceeded to win 11 out of the 19 games Williamson suited up to play.

And with their playoff hopes revived in the new format down at Disney World Orlando, all signs are pointing to the Pelicans as one of the legitimate contenders for the 8th seed in the West.

If it comes down to the Pelicans knocking at the door of the 8th-seeded Memphis Grizzlies and their Rookie of the Year frontrunner Ja Morant, then that will certainly be a battle worth going to Orlando for.