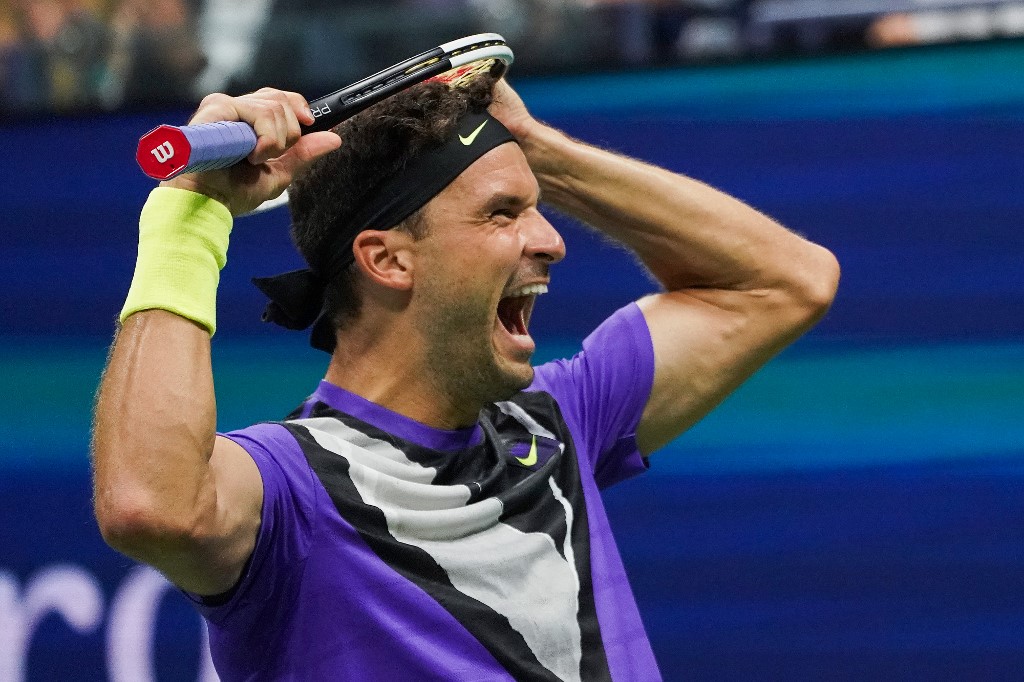 PARIS, France – Grigor Dimitrov said on Sunday, June 21, he has tested positive for coronavirus after pulling out of an exhibition tournament which also featured world No. 1 Novak Djokovic.

“I want to reach out and let my fans and friends know that I tested positive back in Monaco for COVID-19,” world No. 19 Dimitrov wrote on Instagram.

“I am so sorry for any harm I might have caused. I am back home now and recovering.”

Last weekend, Dimitrov, 29, took part in the Adria Tour event in Belgrade with Djokovic, world No. 3 Dominic Thiem and No. 7 Alexander Zverev.

He also played in the second leg of the Balkans tournament in Zadar on Croatia’s Adriatic coast on Saturday.

However, he withdrew after losing to Borna Coric, complaining of feeling unwell.

Later on Sunday, the final between Djokovic and Andrey Rublev of Russia was immediately canceled as a precaution.

“This is the best possible decision. We have to take care about security of all involved,” former Wimbledon champion Goran Ivanisevic, the tournament director of the Zadar event, said in remarks quoted by local media.

“Those who were in contact with Grigor will be tested. I tested by chance 3 days ago and I’m negative.”

Zverev and former US Open winner Marin Cilic were also in the Croatia lineup.

“I want to make sure anyone who has been in contact with me during these past days gets tested and takes the necessary precautions,” added Dimitrov.

Djokovic’s brother Djordje, who is the overall tournament director, told Sportske Novosti daily paper online edition: “Novak? He took this news very hard. We undertook all the measures prescribed by the governments of Serbia and Croatia.”

Bulgarian Dimitrov is a former world No. 3 who was the ATP Tour Finals champion in 2017, 1 of his 8 career titles.

The Adria Tour, organized to fill the gap in the virus-hit tennis calendar which has been on ice since mid-March, played out to a daily crowd of 4,000 fans at Djokovic’s tennis center on the banks of the Danube in Belgrade last week.

Dimitrov, Djokovic, and Thiem, as well as the other players, were then seen partying at a packed Belgrade night spot.

Thiem has since travelled to the south of France to play in another exhibition tournament, the Ultimate Tennis Showdown in Nice.

On Sunday, tournament chief Patrick Mouratoglou, the coach of Serena Williams, tweeted a picture of Thiem undergoing a coronavirus test at the event being staged at his tennis academy.

The Adria Tour had already suffered an embarrassing setback when the planned Montenegro leg of the four-nation tournament was canceled over coronavirus protocol rules.

Montenegro was due to be the third stop on June 27 and 28 after Croatia and before the conclusion in Bosnia.

But organizers said the visit to Montenegro had to be called off when it became apparent Serbia did not match strict health requirements.

Meanwhile, asked to comment on social distancing measures during the Belgrade leg, Djokovic said both Serbia and the region had been relatively successful in containing the virus.

“Of course you can criticize, you can also say this is dangerous or not, but it’s not up to me to make the calls what is health-wise right or wrong,” the 17-time Grand Slam winner told reporters, stressing he was acting in line with recommendations of the Serbian government.

Last week, the ATP and WTA said they were restarting their tours in August.

However, the US Open in New York will be played behind closed doors and under strict health protocols which Djokovic has described as “extreme” and “impossible.”

“While watching images from the Adria Tour, I kind of felt that something was really wrong. Am I the only one? Is it a consequence of it? Get better soon Grigor,” tweeted France’s Alize Cornet.

Noah Rubin of the US added: “It’s just not okay. Reckless and disappointing that they thought tennis deserved the risk.” – Rappler.com