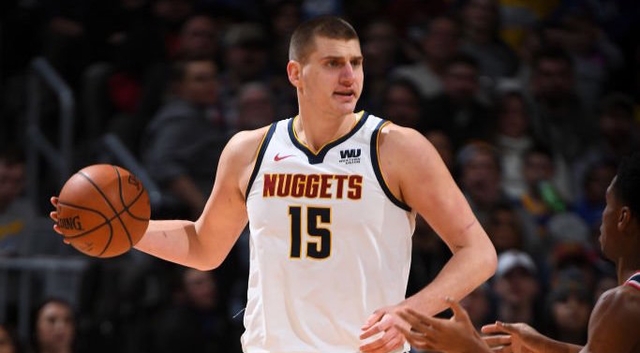 LOS ANGELES, USA – Nuggets center Nikola Jokic has tested positive for the coronavirus and is currently back in Serbia, the Denver Post reported Tuesday, June 23, as the NBA begins ramping up preparations for a resumption of play.

With the NBA planning to resume play after a coronavirus hiatus that began on March 11, players were to be back in their teams’ market on June 22, with overseas players due back on June 15.

The Post reported Jokic was granted an exception to stay longer, but tested positive and has begun his quarantine.

Eight days ago Jokic was in Belgrade for an exhibition basketball game. One of the players who participated in the game, and was later seen in close proximity to Jokic, tested positive soon after, the Post reported.

Tennis star Novak Djokovic, who was also sitting next to Jokic at the event, announced on Tuesday he had tested positive.

The NBA is planning to resume play on July 30 in a controlled environment at the sports complex at Disney World in Orlando, Florida.

ESPN reported Tuesday that teams had begun testing players for COVID-19 as part of the preparations to resume the season.

Most teams will conduct early preparations at their home facilities, but the reigning champion Toronto Raptors are working out at Florida Gulf Coast University – where they are following NBA guidelines that allow individual players to work out in a controlled atmosphere until group workouts are permitted once teams report to Disney World.

The Arizona Republic newspaper reported Tuesday that two players from the Phoenix Suns have tested positive, leading the team to temporarily close its training facilities. – Rappler.com