Tennis in spotlight: What went wrong in disastrous Adria Tour? 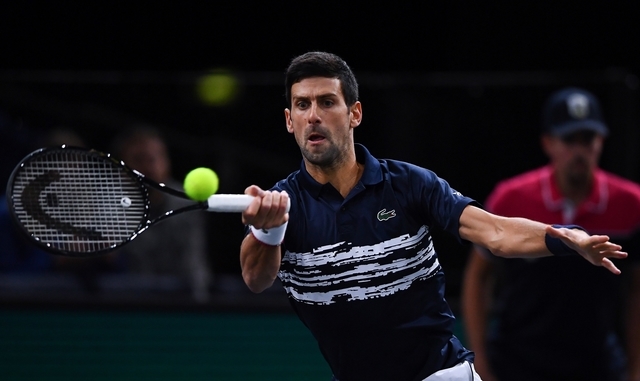 MANILA, Philippines – Tennis was put on the spotlight as several high-profile players, including world No. 1 Novak Djokovic, tested positive for coronavirus.

Djokovic hosted the Adria Tour in the Balkans but the tournament took a disastrous turn when Bulgaria’s Grigor Dimitrov announced he tested positive for the virus after pulling out of the event due to feeling unwell.

Croatia’s Borna Coric, who played against Dimitrov, soon bared his positive test before Serbia’s Djokovic revealed he also tested positive for the virus.

The event, which regularly drew couple of thousands of fans in its first two legs, got blasted for not observing social distancing, which was strongly encouraged by the International Tennis Federation (ITF).

So, what went wrong?

The ITF clearly stated in its guidelines that unnecessary physical contact such as handshaking, hugging, and high-fiving should be avoided.

“Players and officials should maintain at least two meters between each other,” the ITF said in its guidelines.

“Do not shake hands with players/opponents or have any other physical/close contact before, during, or after a match.”

However, that was not the case in the Adria Tour.

Some of the players who saw action embraced each other over the net and posed for photos with their arms wrapped around each other’s shoulders.

Over the past few days… pic.twitter.com/NPMVgUS0Ve

Austria’s Dominic Thiem, who played in the event but tested negative for the virus, apologized for their actions.

“Our behavior was a mistake, we acted too euphorically. I am extremely sorry,” Thiem wrote on Instagram.

Like other sports, the ITF recommended a play-and-go set up.

“Players should arrive at the venue close to their allotted starting time and in playing kit and depart immediately after,” the ITF said. “No showers.”

Instead, some of the players were caught on video dancing in a night club in the middle of the tournement, with some taking off their shirts.

Australia’s Nick Kyrgios said the players partying “takes the cake” for being irresponsible and stupid.

Prayers up to all the players that have contracted Covid – 19. Don’t @ me for anything I’ve done that has been ‘irresponsible’ or classified as ‘stupidity’ – this takes the cake. https://t.co/lVligELgID

Djokovic and Dimitrov even played in an exhibition basketball game with other tennis players.

Aside from not following the social distancing and play-and-go guidelines, the players did not adhere to the ITF protocol of wearing masks off the court.

Before testing positive for the virus, Djokovic defended the thousands of fans who flocked the first stop of the Adria Tour in Belgrade as Serbia already lifted the ban on outdoor public gatherings.

The first leg, held at the Novak Tennis Center, drew some 4,000 fans, while the second leg staged in Croatia attracted a similar crowd.

Pictures showed fans sat right next to each other, with several spectators not wearing masks or not having their masks covering their nose and mouth.

“We are doing what the Serbian government is telling us and hopefully we soon will get back on tour collectively,” Djokovic said in a Tennis365 story.

But the ITF encouraged in its guidelines that competitions should be held with limited spectators.

“Maintain two meters from other spectators in seating areas. If this is impractical, play behind closed doors,” the ITF said.

Following his positive test, Djokovic apologized for staging the event, which had its finals leg that was supposed to be played in Bosnia canceled.

“We believed the tournament met all health protocols and the health of our region seemed in good condition to finally unite people for philanthropic reasons,” the 17-time Grand Slam winner said.

“We were wrong and it was too soon.” – Rappler.com