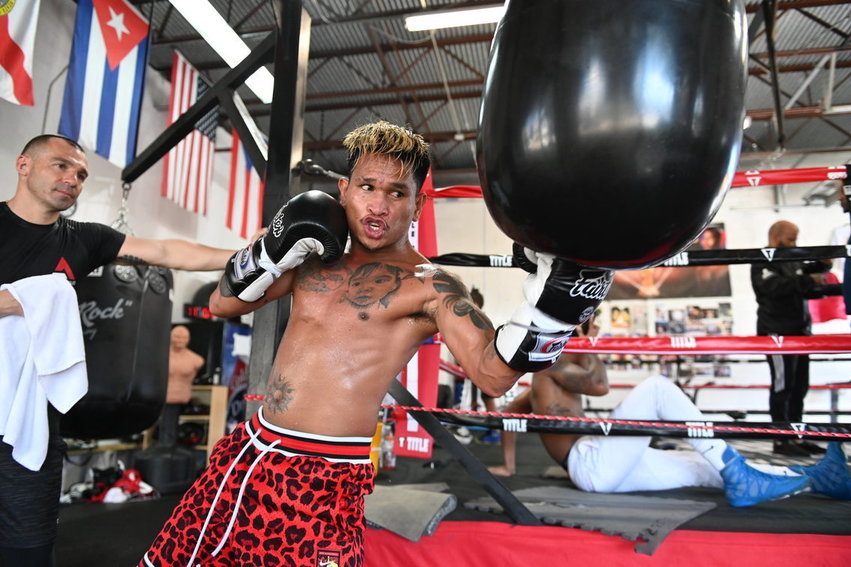 Facebook Twitter Copy URL
Copied
Holed up in Las Vegas for 4 months, Johnriel Casimero plans to return home as no definite date has been set for his postponed fight

MANILA, Philippines – Unable to get a definite date for his unification fight with Naoya Inoue, Johnriel Casimero wants to go home.

Holed up in Las Vegas since mid-February, Casimero feels lonely and seeks to be reunited with his family in Ormoc City.

(It’s extended again Bob Arum, or maybe you’re just scared to fight. I’ll fight your boxer somewhere, anywhere in September or October. But now I want to be back in the Philippines. I miss my special someone, Princess Yuri my baby.)

Arum, of course, is the head honcho of Top Rank Inc. which is supposed to stage Casimero-Inoue on April 25.

Since he went to the United States early to train in Miami, Florida, Casimero got stranded by the COVID-19 lockdown in Las Vegas while Inoue never left Japan, where the World Boxing Association and International Boxing Federation titlist is also training.

Despite Gibbons’ persuasive efforts, however, all Arum could assure is the fight would happen in September or October because the pay-per-view fight will require a live audience.

According to Arum, Inoue would fly to the United States not earlier than September so there’s no chance the bout would be held in August as Gibbons had earlier hoped.

If Casimero changes his mind and decides to stay, he will continue training with strength and conditioning guru Memo Heredia as Neri is bent on returning to the country.

If Casimero decides to train in Ormoc, Neri will be at his side and together they will wait for the call from Gibbons to return to the US as a fight date has been set.

Other than the prolonged postponement, there’s a disturbing report Inoue is interested in moving up to super bantam where he could end up tangling with division king Emanuel Navarrete.

“There’s no doubt that it will be an interesting fight. I’m interested but I don’t feel destined to fight Navarrete because he won’t be a super bantamweight for much longer,” Inoue told boxingscene.com.

Though Navarrete made his debut as a flyweight by knocking out journeyman Uriel Lopez on June 20, the Mexican has stated before he’d be willing to fight one more time at 122 pounds if Inoue is going to be his opponent.

Both Inoue and Navarrete are aligned with Top Rank so anything is possible. – Rappler.com